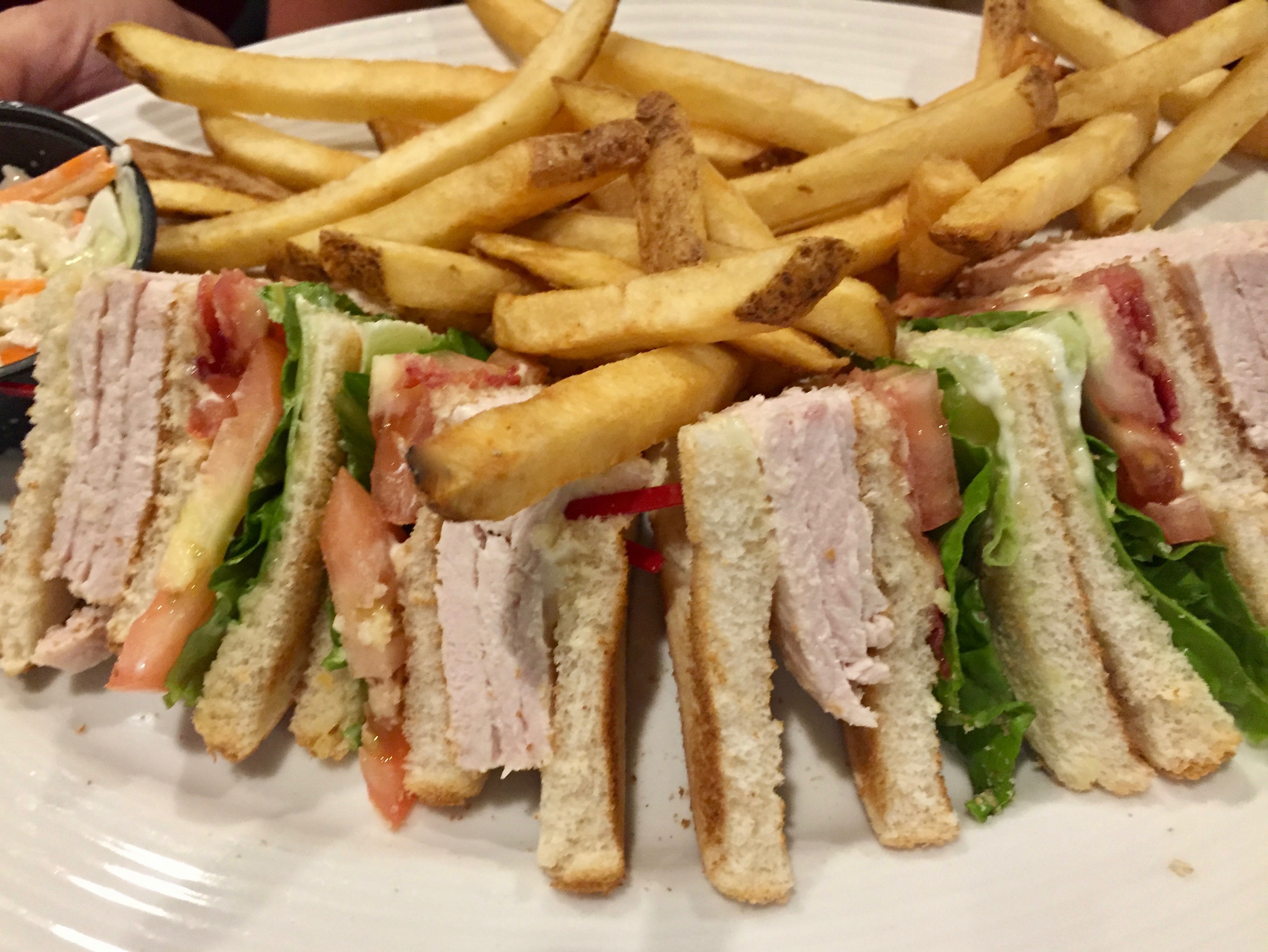 This proper Turkey Club at Gregg's in Warwick, RI, counters a disturbing trend.

On a trip to an otherwise fine food town, Minneapolis, MN, the beloved Miss Scarlett and I ate several lunches. At each restaurant Scarlett ordered one of her favorite sandwiches, the Turkey Club. The sandwich generally is one of most commonly prepared dishes in America according to food market researcher, Harry Balzer. And the Turkey Club is in the pantheon of most popular American sandwiches.

But we noticed a disturbing trend and I write here to call attention to it: the careless debasing of the Turkey Club. The first version we ordered was simply a turkey, lettuce and tomato sandwich. Another the same, but with bacon and the bread was not toasted. At another restaurant it was simply cut in half, not triangles. What happened to the triple-decker?

When I spent time at the Culinary Institute of America for my book The Making of a Chef, I took a class called Lunch Cookery. In the course guide, we were given an actual diagram of a proper Club sandwich. It merits such attention.

"Of course," he assured us.

When the sandwich arrived it was a single layer and cut in half. Cross-wise, into two rectangles.

I worry when we become this careless about standard preparations. If we are thoughtless with what is known to be excellent, what is already a given, how will we be thoughtful and innovative with the unknown? All great craftsmanship begins with a clear understanding of standard preparations. If a chef can't make a proper Turkey Club, I don't have a lot of hope for him or her.

Herewith some definitions for the Turkey Club:

It's always a triple decker—that is, made from three pieces of toasted sandwich bread.

It is composed of turkey (roasted), bacon (not so chewy it pulls out of the sandwich as you eat it), lettuce (iceburg), tomatoes, and plenty of mayonnaise. The CIA even went so far as to note which sides to put the mayo on. Because you can't really have too much mayo, I put mayo on the bottom turkey layer (to ensure the turkey doesn't feel dry), and on the insides of the two pieces that contain the tomato, to create a fat barrier between the juices of the tomato and the bread.

It is, of course, cut into four triangles and affixed by toothpicks, preferably with frilly ends.

If it is not thus composed (a BLT on top of a turkey sandwich, sharing one piece of bread in the middle), it is not a Turkey Club. Lunch cooks, please take note.