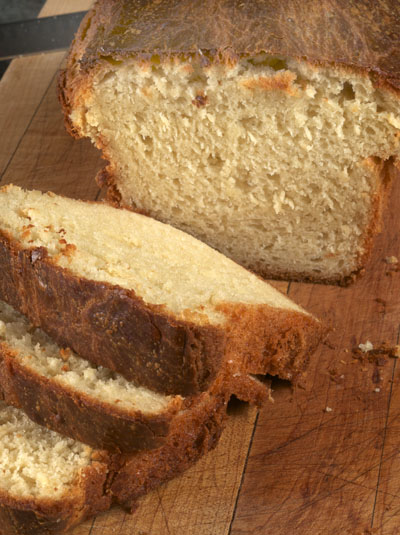 December is the month for making brioche at home. It's the great holiday bread.  Though calling it bread doesn't do it justice.  Good brioche is like a cross between bread and cake.  Hell, it's really cake sneaking in as bread. Nothing better on Christmas morning. It's a celebratory bread—rich with butter and eggs.  Toast it and eat it with butter. Toast it and eat it with foie gras. It makes extraordinary and delicate croutons.  Nothing makes better French toast.  And it's fabulous on its own, straight out of the oven.

The following is easy enough for an eleven year old if you have a standing mixer, but it's best if it rises over night in the fridge. I bake it in a 1.5 liter pate mold but you can use any kind of loaf pan or mold you wish.  You can even divide the dough and bake them in ramekins or muffin molds for individual brioche servings.