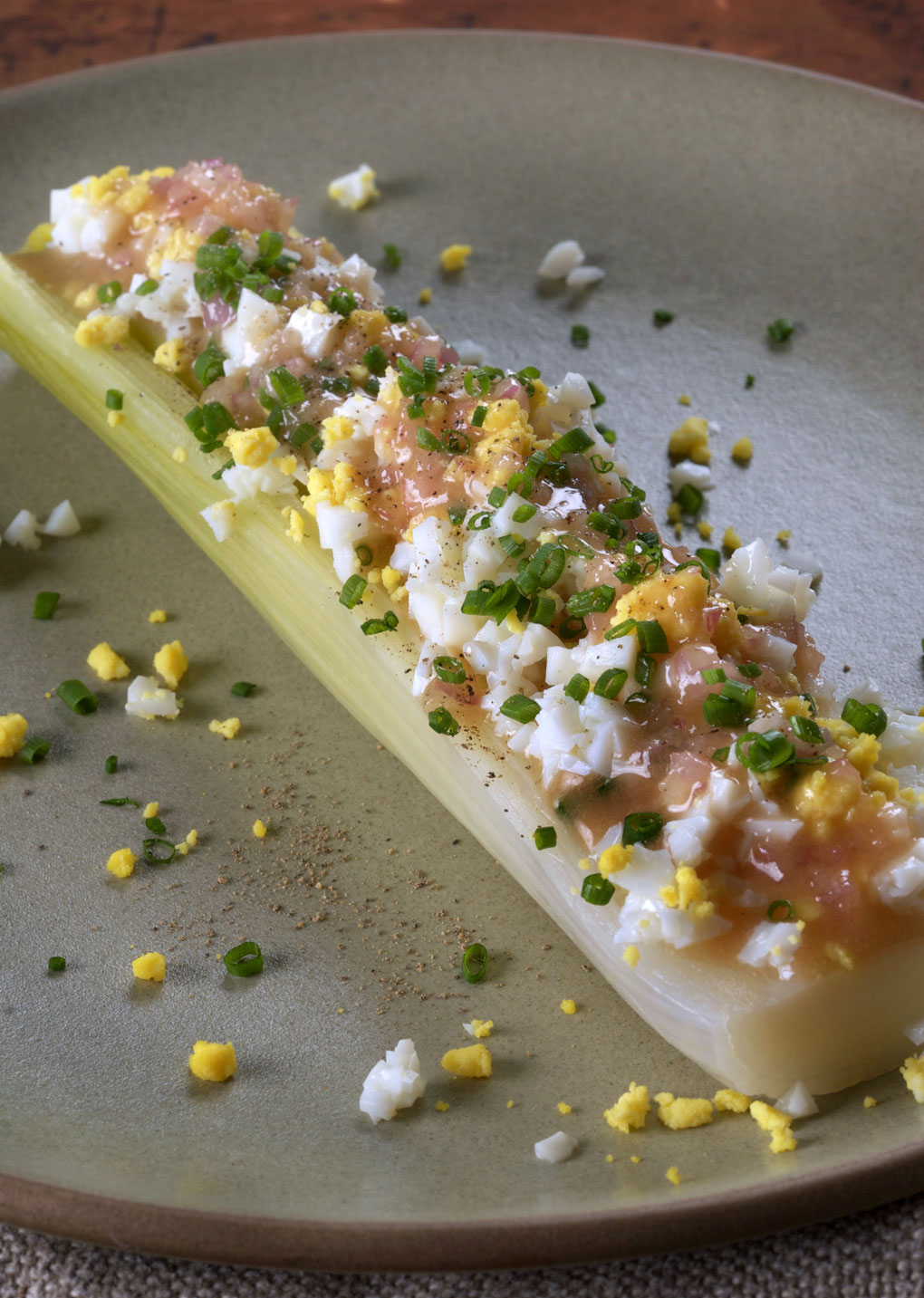 This is one of my favorite bistro staples, which I feature in Ruhlman's Twenty.

The recipe uses a classic red wine vinaigrette. Pairing it with a member of the onion family, abundant shallots, results in a great bistro dish, the preparation showcases the power of red wine vinaigrette to illuminate cooked cold vegetables. The quality of the vinegar is critical, so its worth buying a good one. The vinaigrette can also be made with a good Spanish sherry vinegar.