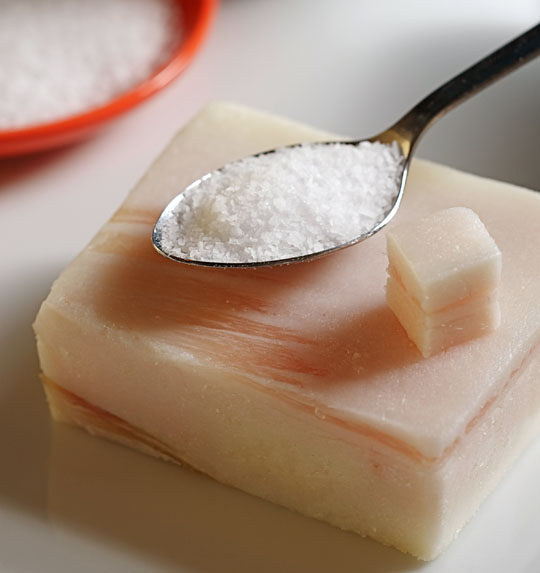 I’d have thought that an article in last Sunday’s New York Times Magazine, Eat Your Heart Out by Gretchen Reynolds, would have made me happy. I’ve long argued that America’s terror of fat and salt is misguided and blown grossly out of proportion. But all the piece did was make me mad.

It notes a study that found that men with heart disease who reduced their intake of meat and saturated fats and increased the polyunsaturated fats in their diet were more likely to die of a heart attack than the control group who maintained their customary diet. It noted the existence of a "small but unsettling body of data suggesting that consuming polyunsaturated oils … may … increase your risk of heart disease.” (There's lots of hemming and hawing in the piece due to the contrarian nature of it, thus the ellipses; the Times even took it off their magazine page and threw it back into the blogs category, but I have the hard copy on my desk–the quotation is from the third paragraph.)

America doesn't have an obesity problem, or a food problem, or a Big-Gulp-forcing-Mayor-Bloomberg-to-put-on-his-cape problem (though the fattest state in the country just passed a food anti-regulation bill lest they lose their right to ethereal sugar-laden gulps on that express train to diabetes land).

What America has is a living problem. America seems to think that the answer to how to eat can be found on the news, from studies, from your doctor (who's reading the same reports you are and following the same party line now being contradicted by that "small body of unsettling data"), not even from your mayor.

The data that matters to me is the data I receive after I've finished eating something. Do I feel good after eating a roast chicken with gravy and mashed potatoes and a pile of shaved sautéed Brussels sprouts? Yes. How about after I eat a bag of Cheetos? Not so good. What does that mean? Think about it. Think. Do you feel good after you exercise? Yes, because it's good for you. Or you can hunt for data on the Internets if you want The Truth. Go ahead, read up on it. Or watch all the "a new study finds" stories on the ABC Nightly News.

As Sherwin Nuland notes in his superb book How We Die, and as Julian Barnes underscores in Nothing to Be Frightened Of, death is life's single certainty, but the manner of our death, short of killing ourselves, cannot be known or predetermined. Your manner of death is very likely to parallel the death of one of your relatives—in my case, and in order, heart attack, stroke, stomach cancer, 96 years (my maternal grandmother's final decade spent in increasing darkness from untreated glaucoma, solitude, and depression, her mind sharp as when she was 30), and most recently the heart disease, emphysema, and lung cancer—due to decades of Luckies, what a name—that awaited my beloved dad, dead weeks before his three-score-and-ten. That's right, it's going to be genetics and environment (food and exercise, or lack thereof) that get you. And there's not a whole lot Mayor Bloomberg can do to help you, I'm sorry to say.

Me, if I have a really good meal, al fresco, say, followed by an espresso and an eau de vie and someone offers me a cigarette? I'm going to have it. I love a cigarette. What a pleasure with, say, a grappa overlooking the harbor of Portofino on my 49th birthday. Damn, that was a good cigarette. But I have no intention of addicting myself again, because that will give me the lung cancer and emphysema that killed my dad. I'd sooner eat straight sugar than drink a regular Coke, but am I going to forgo duck confit and bacon so that I can eke out 90 years? Are you kidding me? Shoot me now.

I'm sorry, I just get so goddam sick of studies and data telling me how to live, reading about this or that new diet that's going to take pounds off my body and add countless Sound of Music years to my life. My hunch is that people don't actually want to live longer—I think people want to be happier, to be more at ease with who they are, to feel glad when they wake up rather than dreadful, to feel good at the end of the day instead of crummy. The South Beach diet is not going to do this for you. Show me the data on how to be happy and I'll listen. That's what people are after and they can't get their fingers on it. It's not in a damned diet book, that's for sure. It's more likely in a pot of minestrone simmering on the stove.

Me I'm going to enjoy the pleasures and bounty that are available, and recommend anyone still reading do the same. For me, it's Donna and my family, good simple food, wine and spirits, stories, work that I care about. Do I want to lay eyes on a grandchild carrying my DNA? One day, of course, but that's not up to me. What is up to me is the way I live my life and the great good fortune that I live in a country that allows me to make my own choices.

« The Remarkable Ina Garten (with a side of minestrone)
Friday Cocktail Hour: The Vesper »