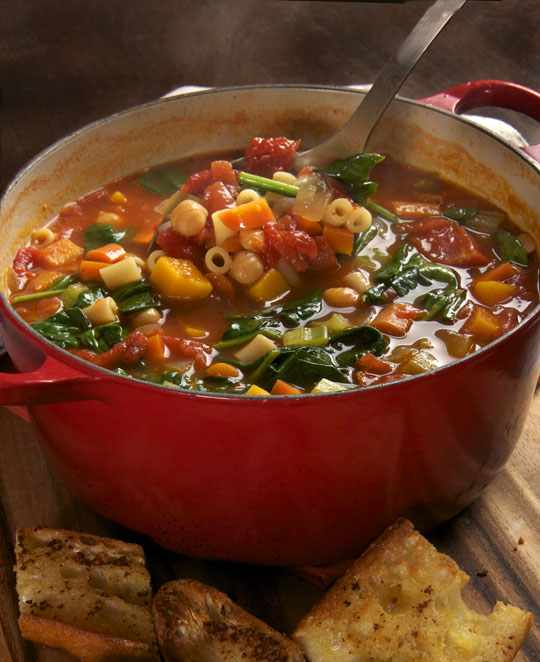 Tomorrow night at Playhouse Square, I'll be hosting Ina Garten, aka the Barefoot Contessa, the brain and heart behind what has become an adored brand. And such is the subject of our talk, business and brands, as well as food and cooking. She, like me, is something of an accident—that is, Garten never set out to do what she is doing. She knew by age thirty that she didn't want to be entombed as a policy wonk in D.C., so she put a low-bid offer on a prepared foods store in the Hamptons and got it. It had a felicitous name, which she kept, and with absolutely no training, she built it into a solid business, eventually branching out into catering. In 1996, after 18 years, she was ready to move on.

More or less as something to fill the hours while she figured out what the hell she was going to do for the rest of her life—she was pushing fifty, after all, time to get a move on for part II, the stock market, another business, perhaps—she wrote a cookbook. And she sold it to Clarkson Potter. Her store had been in the Hamptons, not Kansas, and powerful people, charmed by her warmth and savvy, had befriended her. But even an intro to the book by Martha Stewart didn't merit a first run of 10,000 copies. The deal was good only if she agreed to buy half that number to sell at her store.

A television show followed, though not without her initial resistance. But once it aired it was so honest, so lacking in the phony good cheer and bullshit that all but defined the dump-and-stir shows of the last decade, even cynincal chefs and Food Network trashers embraced it and her.

All of which is why I'm so eager to talk to her publicly at The State Theater tomorrow night at 8 p.m. Yes, I have a thing for no-bullshit, badass, wicked-smart business women who can cook. What can I say? Hope you'll join us! (Details on Facebook, or at the initial link.)

I'd been wanting to make a minestrone for a while after my sister-in-law made one over the Thanksgiving weekend, and perusing Ina Garten's new book, Barefoot Contessa Foolproof, in anticipation of tomorrow night, lo and behold! Done. And yep, it's solid and delicious. Takes a few minutes of chopping, but it comes together in a flash. Be organized, and dinner's ready in a half hour. (Though I do say I worry about the book's commercial prospects, only 315 five-star reviews on Amazon....)