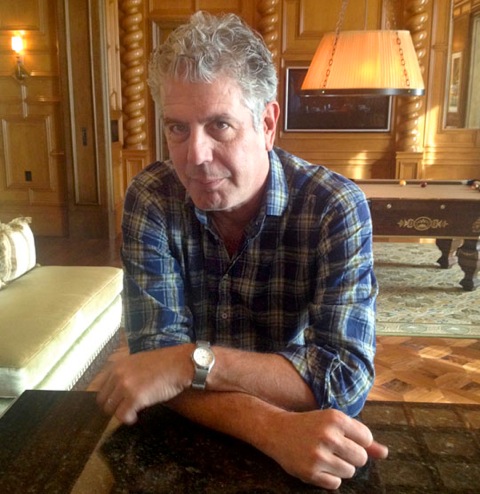 We're seeing a lot of chefs go local for a lot of reasons, because it's the good thing to do to try to keep the money in the area, because it's hip, because it adds value, people like seeing it on a menu.

It's better to give your money to an independently operating person in your area than to be giving your money to air freight and someone far away from your area and not feeding money back into it, that's preferable. I have no problem with people who get the best ingredients they can from all over the world, but I also admire people like Sean Brock, who are in a very real way trying to not just use local, but bring stuff that disappeared locally back, and to restore traditional foodways of the area that fell by the wayside as we entered the land of the tomato that was bred to travel.

Who owns the food, who owns the recipe? Not intellectual property right. I mean, is it OK for a white guy to cook traditional northern Thai food and make money off it? There is some confusion. Is it OK for Paula Deen to make money off of traditional African American recipes? There's a discomfort level that's being discussed now. And I think on both these issues Roy Choi is at the center. As a chef, what are your responsibilities to your family heritage?  Do you have a responsibility to preserve the integrity of Grandma’s Korean recipes even if you didn't grow up in South Korea? You may have grown up next to that food but you may have grown up next to Mexican food or Salvadoran food. To what extent do we need to respect the past, and restore it? Do chefs have any obligation at all to honor the classics?

There's a lot to be said for respecting the classics, that maybe you should know how to make a coq au vin the right way, the way by consensus it should generally be made, before you deconstruct it or riff on it. But then again, food has always been in flux, you know? The story of food is the story of invasion, and migration, and oppression. The tomato in curry sauce was not really indigenous to India. Tempura is not indigenous to Japan. It's always changing. So that’s something people are talking about: What is authentic and do I owe anything to this notion of authenticity at all? People ask David Chang how does he describe his food, he says “tasty food.”

I’m pretty positive about the way things are going. Even when you see people doing silly food—I overuse the Jimi Hendrix metaphor, but when he became really popular, a lot of people started to play like him, and a lot of them were unsuccessful at it, but it opened them up and they found their own thing. I think a lot of young chefs are making a lot of mistakes and doing a lot of food that they shouldn’t do, particularly in the Modernist cooking area, a lot of people are overreaching. But at the end of the day, when they settle down, they will probably have absorbed a lot of ideas and will apply them in a way that makes their food better. Just because you like Ferran Adrià doesn’t mean you should cook like him, but by the same token, it doesn’t mean a lot of those techniques won't be standard practice twenty years from now. A lot of them already are. A lot of them will fall by the wayside, but a lot won’t, and we wont think twice about meat glue or agar or spuma.

You have to think about that. It is an issue, and it should be an issue that chefs discuss. The extent to which you get on board is up to each individual chef, but again, without making it a mania. There’s always going to be a lot of hypocrisy and silliness, it’s easy to point a finger and say OK, they’re buying local but their refrigeration system alone is blowing a hole in the ozone layer the size of Michigan. They’re doing the best they can, on balance. People who are serious about food, spend a lot of time thinking about food, cooking it, serving it, writing about it, talking about it, they probably know more about the food and where it comes from and the footprint it leaves than they did ten years ago. The more you know about your meal as a chef and an eater, arguably the better. You can’t argue against it, even when it’s silly. Even when it's awkward or an affectation it's still on balance arguably good for the world. 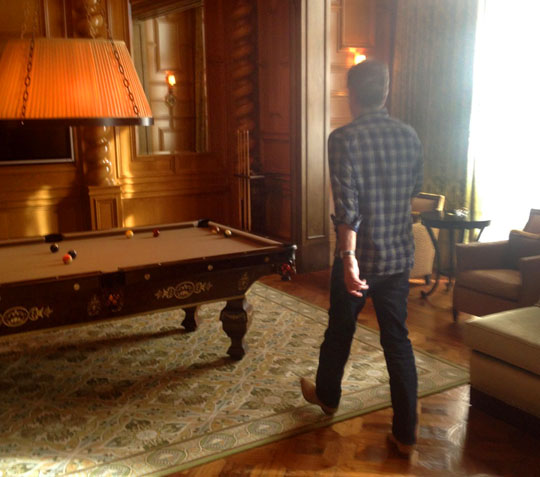