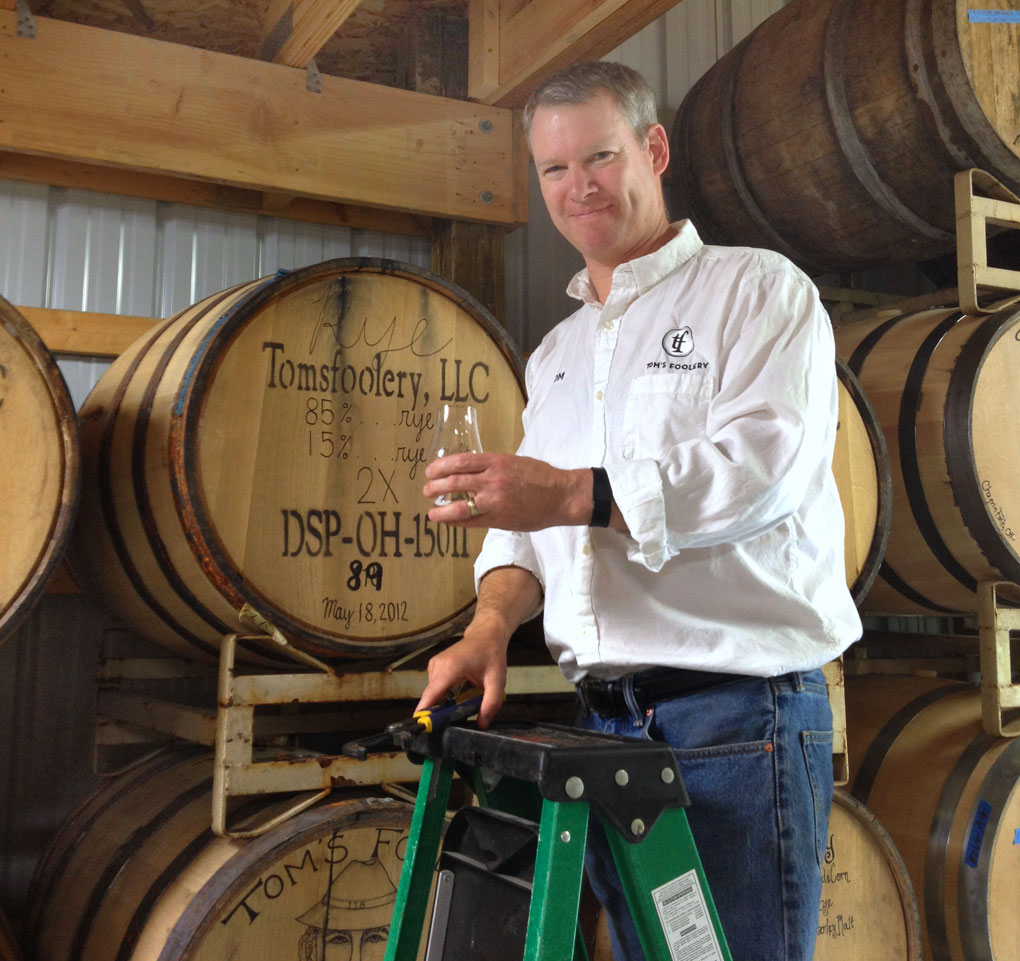 Thomas Herbruck’s father came home with a still when Tom was 15; at that tender age he would distill his first spirits along with helping his father make wine from the grapes grown on their one-acre vineyard in Gates Mills, on the east side of Cleveland, Ohio. He would go on, happily, to become a 401(k) plan consultant at a brokerage company here and, with his wife Lianne, father of four.

In 1991, Tom bought a 50-gallon prohibition-era moonshine still from a New York farmer. It was just too cool not to.

By 2008, he’d navigated the bureaucratic waters of making spirits legally in Ohio, just for home consumption and for friends and others who might share his passion for distilling fermented liquids. But interest was great, and he’d jumped through enough legal hoops that he was able to actually make enough to sell in places around town.

In 2011, he met some of the Jim Beam boys, who sold him some pot stills they weren’t using, and they came to Cleveland to teach him how to make whiskey.

During a recent visit to his home in Geauga county, just south of Chagrin Falls and about 30 miles southeast of downtown Cleveland, I learned the fundamentals of turning cereal, seeds that grow on stalks, into the nectar of the gods. They key: malted grain, usually barley, grain that’s been allowed to germinate, then dried or roasted. The germinated grain has enzymes that transform the carbohydrates in the other grains  into sugars digestible by the yeast to create alcohol through fermentation.

The result is, in effect, beer. The beer is then distilled into a clear alcohol. We tasted some. It tasted like alcohol and not a lot else. That alcohol is then flavored by wood by being aged in a barrel for many months. This was delicious and complex.

Because the English have such rigorous standards for their many hard ciders (I downed many a pint of scrumpy during my days as a student at the University of Sussex outside Brighton), they make, according to Tom, the world’s best apple brandy. 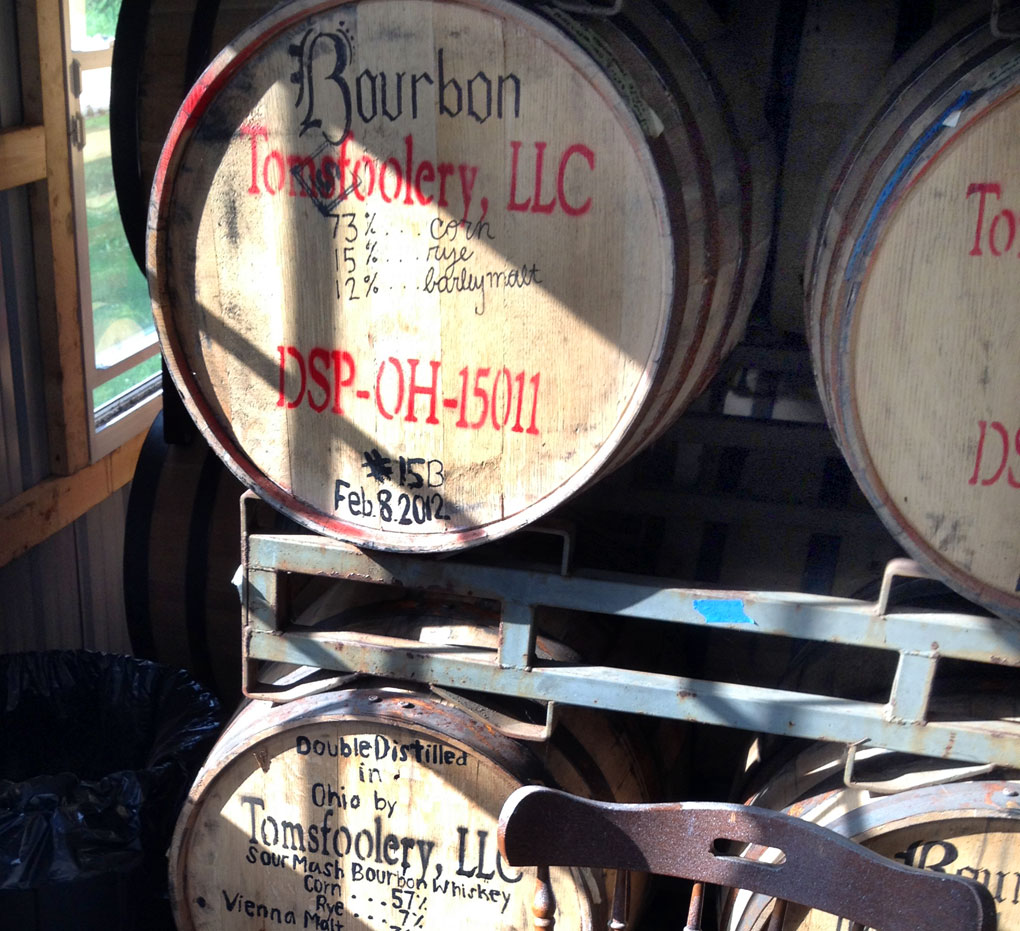 But Tom’s Foolery applejack has got to be up there. As does the rye and bourbon we tasted. Why? Because he does it out of fascination. He and Lianne (who does much of the work, co-opted by marriage into moonshining) didn’t have a business plan until recently, and they’ve bought a 100-acre farm to expand his mania for distilling. He’s just loved it since he was a boy. At age 45, has no desire to quit a day-job he enjoys.

“We have been patiently sitting on barrels of whiskey for 3 years now,” Tom wrote to me in an email earlier this week. “It's coming along very well, has great flavor, but it is young still.  You can taste the cereal grains and the yeast and other flavors that are not in an older whiskey. What we are planning to release in October will be a straight bourbon, at least 2 years old, and distilled in a pot still. It will taste more like what whiskey was in the 1700s and 1800s. It tastes quite different from what people are used to getting in a 4- or 6-year-old column-distilled bourbon, which makes-up about 99% of what is out there today.”

Me, I can’t wait! Thanks for all the info, Tom. I need to explore this more thoroughly!