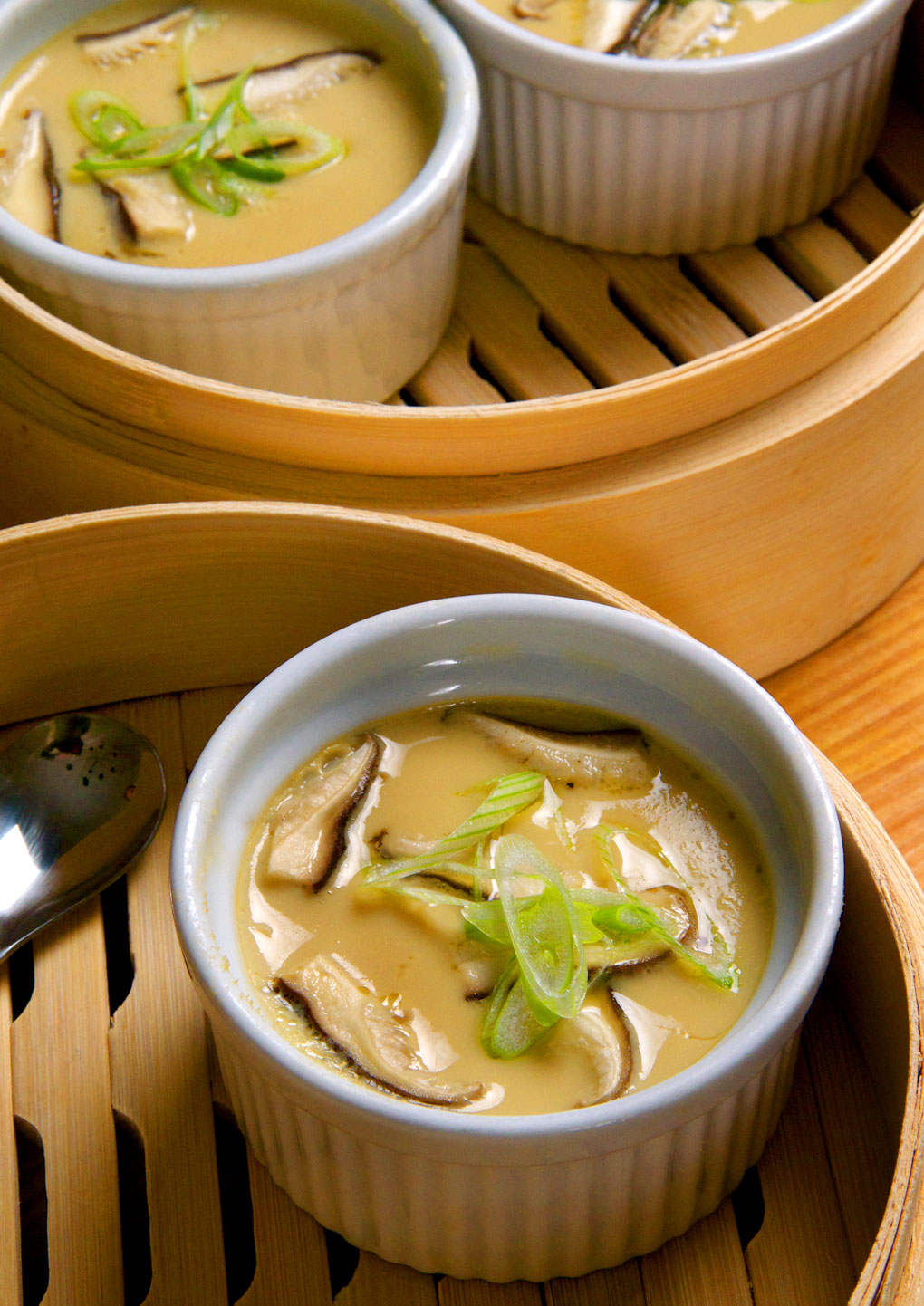 I'm at Old Dominion University as a writer in residence and also opening up the annual literary festival, which is devoted this year to food and literature. (If you're in or near Norfolk, come to the open reading this Monday at 7:30.) Back when I began The Making of a Chef, there really wasn't a job description "food writer," or rather it wasn't something that one aspired to. Yes, newspaper reporters covered food, and there were plenty of food magazines. But you weren't likely to see lit fests devoted to it.

The following is a recipe from my book Egg, a really cool custard hybrid that clarifies the broth as it cooks. I chose a recipe from Egg because this humble gift was for so long a misunderstood food. Imagine: The egg used to be considered bad for you. We've come a long way, and have a ways to go still. But there's too much good inertia to slow the inertia now.

This savory custard is from one of my key recipe testers, Matthew Kayahara, a French-English translator in Ontario, who spends many off-hours staging at restaurants and cooking at home. Because his paternal grandfather was Japanese, he’s studied Japanese cuisine and suggested this dish, which makes a lovely first course or light meal. Chicken, shrimp, and mushroom bound in a light custard. This recipe requires dashi, the excellent all-purpose Japanese stock made from kombu (seaweed) and bonito flakes.