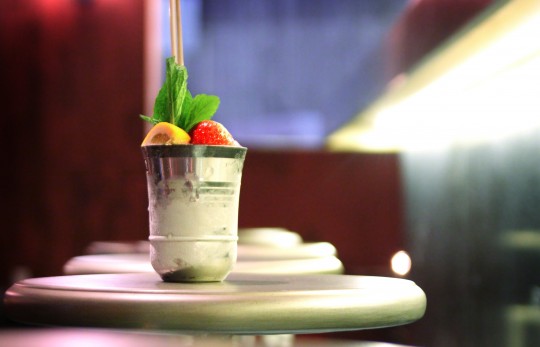 Today's cocktail is a new one for me, via Emilia via Pableaux (see below). It's a sherry and fruit cocktail from the early 19th century called a Cobbler. A Google search will give you all sorts of spirit-based "cobblers," but how they differ from a basic whiskey cocktail is, well, they don't. So let's keep the term clean! A cobbler is a sherry-based cocktail! And truly refreshing!—M.R.

Friday Cocktail Hour is probably one of my favorite weekly segments I have been part of since I began working with Michael and Donna. Every week I get to learn a new classic cocktail or an interesting variation. Since living in Chicago I have been blessed with not only a fantastic food scene, but also a thriving mixology scene. I'm constantly tempted to have multiple "happy hours" at places such as Sable, The Office, Aviary, The Violet Hour, Longman & Eagle, and Maude's Liquor Bar. So much temptation.

A few months back I connected with a couple of high school friends, one of whom is getting married next month. I took the ladies for a fantastic cocktail night at Grant Achatz's Office. They loved it. Not more then a month later I was invited to my friend's bachelorette party, which was going to be held in New Orleans. I had never been to NOLA, but I knew Tales of the Cocktail is held there every year and the food scene is out of this world. Luckily Jennifer, the bride to be, is a foodie and loves having a good time.

I touched down in NOLA only to see that Michael had emailed his friend Pableaux Johnson who lives in the city to help me out. My phone began to jingle and there was Pableaux, my on-call "adventure in the city" contact. Pableaux also made a great app called Eating New Orleans that is an interactive guide to the food culture, cocktail life, and dining opportunities in New Orleans. 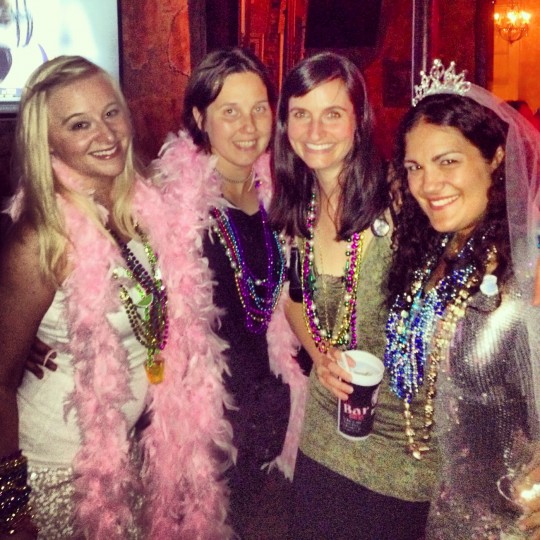 My first text from Pableaux: "Go to happy hour at Bellocq and have a cobbler." Hmmm, a cobbler? Why the hell would I have a fruit cobbler for happy hour? I strolled down to the bar to look at the menu and saw "The Cobbler." Aha! It's a drink.

The cobbler is a simple sherry-based (or fortified wine–based) drink. It had its heyday in the 1830s to late 1800s; recipes appeared earlier and references are abound in literature. It's beauty is in its appearance. The recipes are many and varied but the method is usually a good pour of a sherry, some sugar, and a few pieces of fresh fruit. And lots of small pieces of ice. Then an artful eye to decorate it with fruit and herbs. Don't forget to add that straw.

I loved that the Bellocq served the cobbler in a tin cup, a very southern thing (e.g., mint julep's traditional vessel). The cobbler is a fun and different cocktail, and can wow a guest with its beautiful presentation. With fall quickly approaching I think it is about time for you to whip up a cobbler or two, pop in a straw, and enjoy the last few weeks of summer. 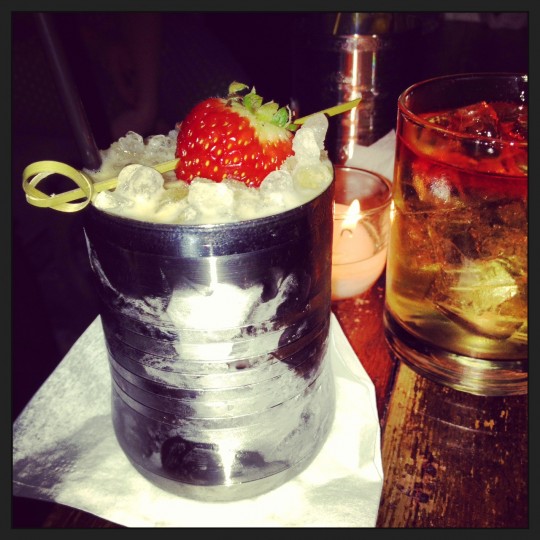