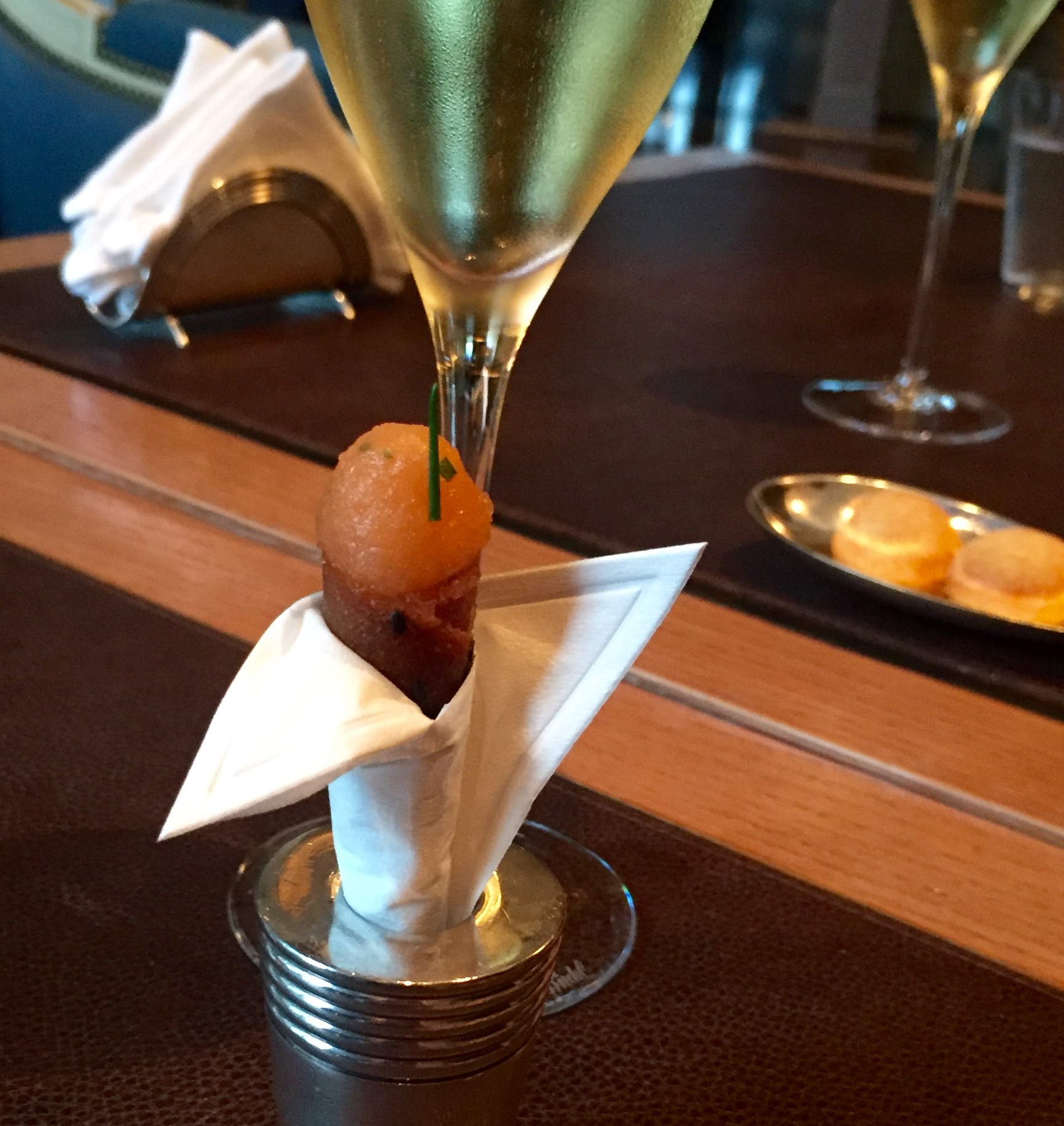 I recently wrote an essay for Thomas Keller's magazine Finesse, for an issue themed evolution. Having worked so closely with Keller over the past twenty years, I asked to write about his evolution, as I've always been fascinated by it and wrote about it in Soul of a Chef. He's still the same, but not the same. He's evolving. Some things stay the same, some things must change. The salmon tartare in a savory tuile has been on the menu since day one. It was my first bite at the most memorable meal of my life on July 14th, 1997 (I read the scene here if you want to listen to it.) Other dishes vanish to be replaced by new ones. Having written the essay and wanting to return to per se, which took a harsh and public blow not too long ago, I had a few dishes in the salon. And they were fabulous, the cooking and service and wine, in my opinion and of course as a friend of the restaurant, were every bit worthy of their three-Michelin-star rating.

Other things changed: the famous truffle custard in the egg shell with the chive potato chip had found an entirely new expression, the same custard but now in glass topped with shaved black truffle and edible flowers—a veritable bouquet, a gorgeous flavorful dish from executive chef Eli Kaimeh. I think it's fine for some things to stay the same always, but if nothing changes, then life stagnates. Sometimes you get blindsided by a bad review, or life takes a turn, and it's up to you to use the hardest blows to your ultimate advantage.

I'm in the middle of a kind of evolution as well. Owing to work and changes in my and Donna's personal lives, I haven't been blogging consistently. As I restructure my life and find new routines, and finish the new book, I'll hope to return to blogging more. And it may be time to the return of the Friday Cocktail Hour once we move past gin and tonic and paloma weather.

I'm feverishly finishing a book about grocery stores in America, Tentatively titled GROCERY: THEY BUYING AND SELLING OF FOOD IN AMERICA. This has been fun exciting work, looking at America through the lens of a grocery store. I'm also working with Jean-Georges Vongerichten—and not on a cookbook! I've always been an admirer of his and it's turning out to be a pleasure and great fun to work with him, understand his evolution from long-haired teenager who delighted in giving parties every weekend to the chef-restaurateur he is today, and to begin to get to know his staff.

Perhaps most exciting of all is the launch of a an app called Charcuterie, which I'll write more about as soon as Apple approves it.

The kitchen at per se served mainly contemporary dishes, but also wonderfully old-fashioned ones: chicken en vessie (chicken in a bladder made famous by Bocuse) and a whole lobe of foie gras, roasted, both dishes finished tableside. Love that. The old and the new, moving forward together.