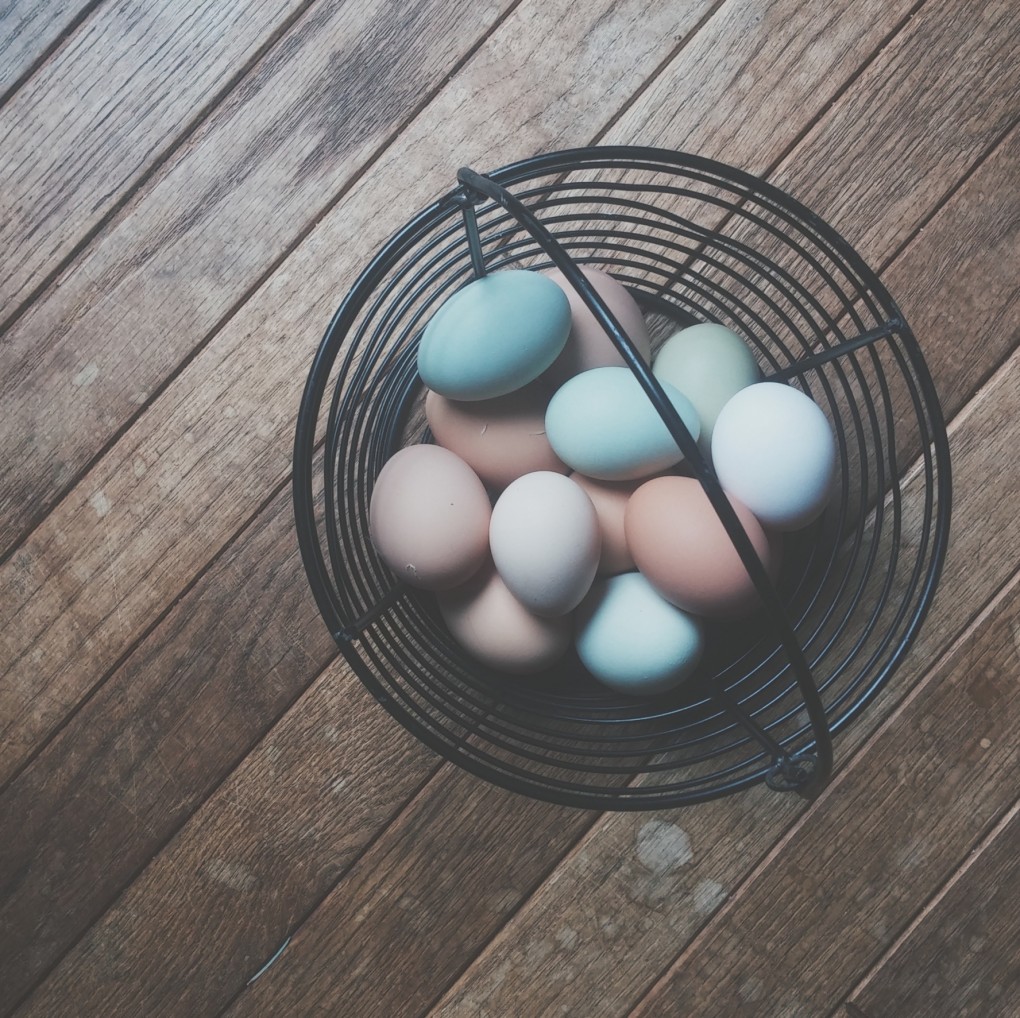 In the 1970s, the egg was bad-for-you food in America. After being a mainstay of the human diet for millennia, doctors here decreed that the cholesterol-laden yolk clogged arteries and resulted in heart attacks. Eat an egg if you must, nutritionists warned, but only in limited quantities. And after 30 years of telling us to avoid eggs and order up those egg white omelettes, the American Heart Association changed its mind—oops!—and declared that eggs, like an unjustly punished child, could once again return to the dining table.

As I began to write about the egg, I realized the egg fatwa was no isolated event. Indeed, it came to symbolize for me what was wrong with the way we think about food and how we let others decide what we eat.

Here we have this wonder food, a miracle of nutrition, deliciousness, economy and utility, perhaps the single perfect food, a gorgeously shaped shell containing all the materials needed to create life. And America’s medical establishment warned the most advanced nation in the world to stay away from it. Did France turn away from their omelettes? Italy from their frittatas? The Japanese from their tamagoyaki?

I beg people to avoid nutritional advice, avoid all food fads and diets, any and all health claims (yes, even that eggs are good for you—who knows?), and listen to our bodies and our common sense instead. How do you feel after eating an egg? I feel pretty good. If I “Cool Hand Luked” it with 50 eggs, not so much. Our bodies know. Do I like the taste of Pringles potato “crisps?” Love. Do I feel good after eating half a can? No. If we eat a variety of natural foods that we prepare ourselves in quantities that are comfortable to us, my belief is that if we feel good after having eaten those foods, our bodies are saying, yes, more please, and doing so for a reason. There are no controlled, long-term, double-blind studies about any food being good or bad for us, so even the docs and nutritionists are only making educated guesses.

The egg was one of the first foods I learned to cook. My dad taught me how to make a broken-yolk egg sandwich, with Hellmann’s mayo and white bread, the perfect Saturday lunch. The first “dish” I learned to make, in fourth grade I add proudly, was a potato frittata, an after-school snack. My other options were, as I recall, Space Food Sticks and Pop-Tarts. That frittata felt good, and kept on feeling good, whereas, well, let’s just say I gave up Pop-Tarts quickly.

The egg is good and the egg is great, and you can eat as many or as few as your body hungers for. If you start eating too many eggs, your body will let you know by not craving eggs.

From a nutritional standpoint, the egg is a powerhouse of amino and fatty acids, a dozen different proteins, antioxidants, minerals and vitamins. I challenge any doctor to name a single food that gives us such a variety of nutritious substances.

Also, eggs are delicious to everyone, save for an unlucky few. Perfectly scrambled eggs—and by perfectly, I mean very gently scrambled over low heat, cooked slowly enough that most of the egg has formed delicate curds while the rest of the egg has warmed and thickened so that it sauces the curds—are a delight. Add a little tarragon and serve them with toast and champagne and they are sublime.

A wondrous dish in which the main ingredient costs pennies? Yes, the economy of the egg must be noted. Such bounty of nutrition and deliciousness should be rare, like saffron, but the egg is abundant. It should by all rights have to be exchanged for silver and gold on the black market, but instead the egg can be had with the change dug out of a sofa. Indeed, it’s the egg’s ubiquity and cost that encourage us to value it less than a quart of milk or a chia seed  kombucha energy drink.

A great egg preparation need be nothing more than poached and served on toast. And yet it is such a storehouse of power that, when appropriate craft is applied to it, it might become a truffle custard, served in its shell, with a chive potato chip rising out of it—one of the most famous four-star restaurant dishes of the past two decades.

The egg itself can be transformed in countless ways depending on how we cook it, and it likewise can transform countless other foods. The egg white alone deserves its own flow chart of the dishes it offers the cook. Its ability to capture air gives the rise and structure to cakes and soufflés. An egg white adds body to a whiskey sour. Whipped with sugar, it becomes a meringue to top a lemon pie. Bake that meringue and it becomes a crunchy confection. Fold in almond flour, bake it, and it becomes the shell of a macaron, the finest cookie ever created.

And the yolk! The yolk is very nearly a perfect sauce, as is. Put a raw yolk on a hamburger, or atop steak tartare, and it flavors and enriches the beef. Whip it with butter, lemon juice and shallot, and it becomes the magical Hollandaise sauce. Do the same with cold oil, season with lemon juice, and it is your own mayonnaise. Change the vegetable oil to olive oil, add mashed garlic, and it’s aioli.

Give an egg to an aspiring cook, and it offers innumerable lessons. The egg must be cooked delicately and so teaches the young cook finesse. Whipping it by hand gives the arm strength and stamina. The egg instructs in the way proteins behave in heat and in the powerful ways we can change food mechanically. Learn to take the egg to its many differing ends and you’ve enlarged your culinary repertoire by a factor of 10.

For the egg, as all these qualities suggest, is not simply an ingredient to be used in many ways, or served in varying concoctions, but is rather a singularity with a thousand ends.

Its shape alone, this elegant oval, simultaneously sturdy but delicate, porous yet protective, tells us all we need to know about the egg: it is nothing less than an expression of nature’s genius.

Something to consider before you crack one into a fry pan.

« The Boulevardier
Make Your Own Mayo »