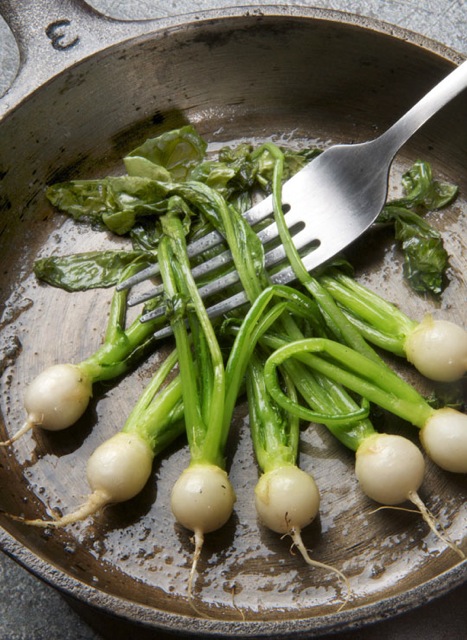 Baby turnips, greens and all, sautéed in butter.
All veggies from The Chef's Garden. All pix by Donna Turner Ruhlman.

I have never seen Donna so unhinged by vegetables, behind the camera or eating them. She moaned when she tasted. I’d done almost nothing to the baby turnips. I’d sautéed them in a little butter. That was it. Salt. Done.

She said, “Oh my God, if you had a restaurant that served just this with a small medallion of meat, it would kill.” 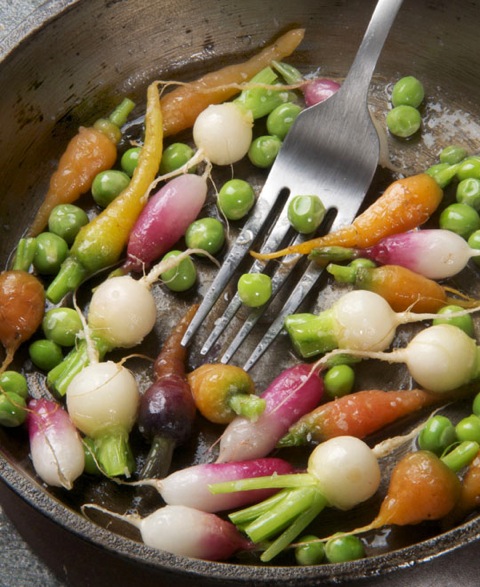 It once again showed the truth of what Thomas Keller once said to me: “If you have better product than I do, you can be a better chef than me.”

This began last week when Donna and I had to shoot really beautiful radishes and peas. But it’s February. In Cleveland. Not likely to happen. Unless I cast a glance about 50 miles west to the rural town of Huron, OH, home of The Chef’s Garden and Veggie U. I sent an emergency dispatch to Lee Jones, Chef’s Garden emissary in red bow tie and overalls. He wrote back, “You’re in luck!”

And so yesterday arrived not just the lovely French breakfast radishes, but also the most beautiful baby turnips I’ve ever seen, and the most powerfully sweet baby carrots I’ve ever tasted. And mesclun greens, they way they’re supposed to be, not the slimy stuff in plastic clamshell. 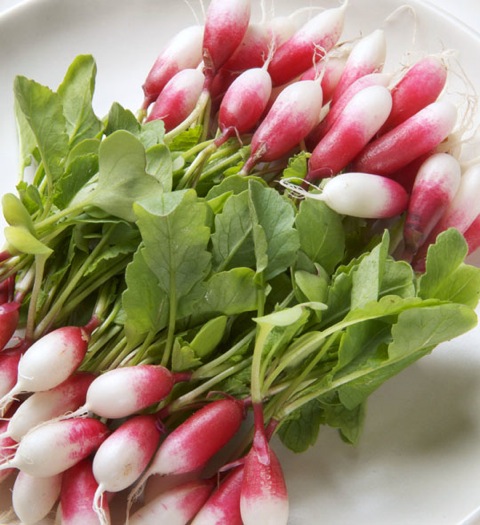 Baby breakfast radishes (the bouquet I should have gotten for Donna on Valentine's Day).

I couldn’t stop eating them, and Donna couldn’t tear herself away from them. “It’s been a long time since I’ve been so excited about vegetables,” she said.

You can see why. 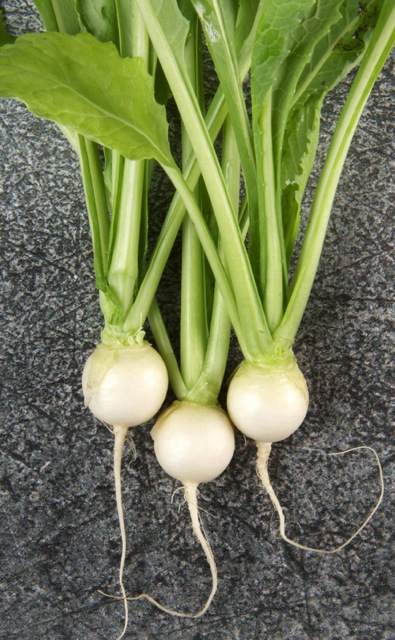 As with so many great purveyors, the Jones family never set out to be who they are now. They started as a commercial farm, but when a hailstorm wiped them out, Bob Sr. and his two sons had to say, "The farm is gone—who are we now? Sell the farm or start fresh?" When a Cleveland cook and food writer, Iris Bailin, asked Lee Jones for squash blossoms, little-known luxuries at the time, they sensed a market in the chef world and decided to grow specifically for chefs. Once people like Keller, Alain Ducasse, and their most vocal advocate, the late Charlie Trotter, began to praise their work, off they took.

And I've just learned they're helping to raise money for Team USA's bid for a medal in the Bocuse d'Or by hosting a dinner, March 15th, prepared by some of the country's leading chefs, including Eli Kaimeh of per se in NYC, Curtis Duffy of Grace in Chicago, and our own Jonathon Sawyer. (Call 419-499-7500 for info or reservations.) 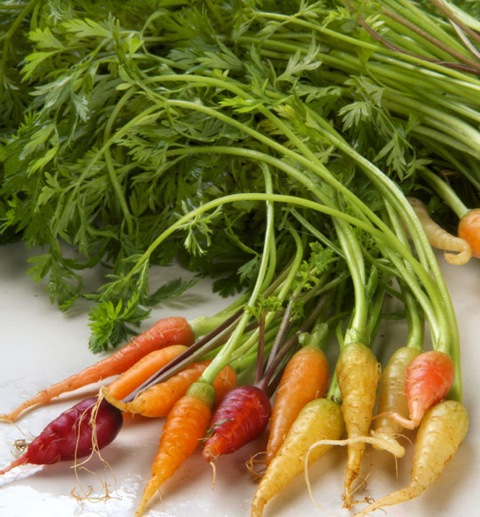