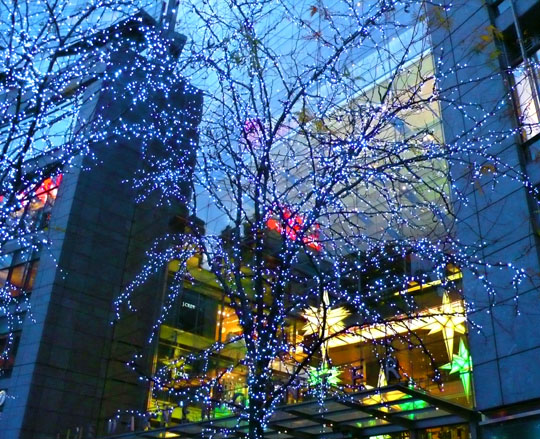 Donna talked me into a little pre-holiday NYC splurge with Claudia and Michael (Chef Pardus if you've read Making of a Chef) this past weekend and we truly indulged, did nothing but eat and drink and nap for 24 hours, and oh man did I learn something from three of the city's best restaurateurs.

Our room was not ready when we got in, so Donna and I strolled over to Beacon where wood roasted oysters were the perfect accompaniment to a Hendricks martini.  The city air was cold and fresh, and the holiday lights made the dark afternoon feel festive and hopeful.

Our first dinner was at Minetta Tavern, a place I've wanted to go to for months, being a huge huge fan of Keith McNally restaurants, Balthazar and Pastis especially.  Being in a McNally place is like being in a period piece movie set. I love being taken away like that, and this spot, on a quirky backstreet corner in Greenwich Village, didn't disappoint.  The place, as expected, was mobbed, but we had no wait.  The meal started well with good veal heart tartare (grilled, interestingly, which gave the otherwise raw meat a more complex taste and texture).  A venison pâté was a little weak on technique, the pig's foot was serviceable, and Pardus's sturgeon was perfectly cooked. He'd ordered it only for the sauce, which was described as a velouté on the menu. He wanted to see if they would actually do a classical velouté, like he used to teach but it was more like a kind of vegetable puree, rather than a refined classical sauce.  Over all, the food was as advertised and respectfully prepared.

So it wasn't the food that left us feeling let down.  About midway through our server grew cold, it seemed, and it changed the color of the evening.  Had we offended her?  Was she simply buried on a busy Friday night?  I don't know.  But what had begun as vibrant and rich mood became dull, like green beans overcooked.

For lunch the following day, after a long sleep-in, was Bar Boulud, to which I have been several times but the others hadn't. I wanted them all to taste the amazing pâtés—and that day, it was the grandmère that stood out, the most humble of the pâtés, perfectly flavored by the liver. It made me want to make it—that's a good pâté.  In fact everything there was awesome, as always. My omelet was a little overcooked, but I didn't care, because I felt so well taken care of by our server, and we were having so much fun.  Even one of the desserts, perhaps the oddest creation I've ever encountered on a dessert menu (Pardus ordered it only because he likes an excuse to say pamplemousse out loud), was cause only for laughter between us and the server (who removed it from the bill without even noting he'd done so). I could have stayed at Bar Boulud all the way through dinner and been happy never to leave the place.

We had to leave, though, because we had to nap, because we had to have dinner: Maialino. I all but genuflect when Danny Meyer walks by, my admiration for his restaurants runs so deep.  They're famous for their attention to service, and I expected we'd enjoy ourselves.  The reservation was in my name, and a former student of Pardus's came to say hi—we were not anonymous diners. The kitchen offered to cook for us, something I never say no to. We asked the server to bring appropriate wines for the various courses, excellent pastas and the crowning glory, the suckling pig with its perfectly crisp skin so, so good.

I expect good food in New York, really good food.  But when it misses the mark, I don't really care! I'm not a critic.  It happens.  I'm on the cook's side. I know how hard it is, especially on weekend nights. I'm just there to enjoy myself, to be with my wife and my friends.

On the other hand, if service is unprofessional or simply inexperienced, it can change ... everything.

As my expert service instructor, Philip Papineau, a true master of the profession, told our class long ago, and so rightly: service is more important than the food. Thousands of restaurants survive, even flourish serving mediocre food, he said. Few survive with mediocre service.

My hope for American restaurants is that people who care about eating in them begin to regard service as a valuable, unique profession and recognize that service is a craft every bit as difficult to master as cooking.