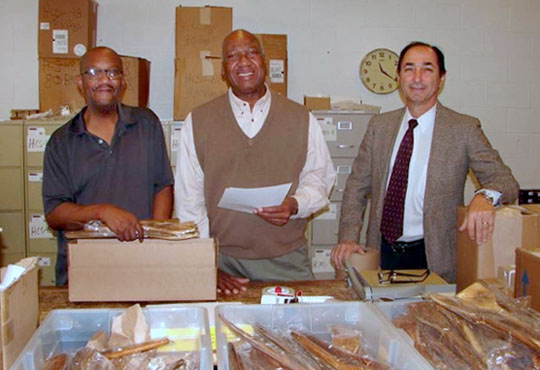 ABC has a regular feature called "Made in America," which praises small businesses that make goods here. Advertisers have found that "Made in the USA" is a powerful marketing device. I myself have a feel-good response to anything made in this country.

But what does it really mean? How critical is it? Steve Jobs said point-blank, and to the president, about manufacturing Apple products in China, "Those jobs are gone and they aren't coming back." Full stop. (Anyone interested in business and innovation, btw, should read Walter Isaacson's riveting biography of Jobs.)

New York Times columnist Thomas Friedman makes the point regularly that the way to energize the U.S. economy is not by creating legions of workers who can put a glass screen onto an iPad faster and cheaper than they can in China, but rather by encouraging innovation here and raising the level of education (the United States has fallen to an appallingly low level—see the site Dropout Nation).

Friedman also notes that made anywhere, let alone, "made in the USA," is no longer a meaningful term. "Made in the World," is the way to think about it, Friedman writes. The model used to be, according an Asian textile CEO, “You sourced in Asia, and you sold in America and Europe. [Now it's] ‘Source everywhere, manufacture everywhere, sell everywhere.’  The whole notion of an ‘export’ is really disappearing.”

As many know, my partner Mac Dalton and I sell numerous cooking tools, and we're very proud of this. And they are made in China, something that many readers have lamented. 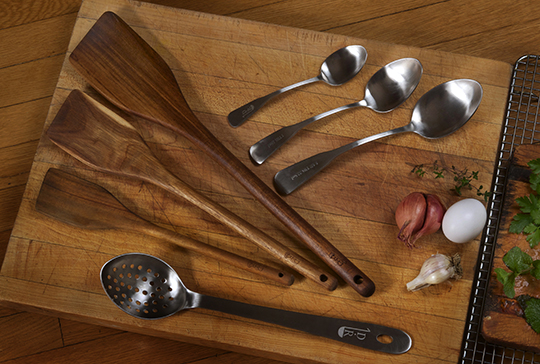 While our tools were made in China—they're too expensive as it is (we're working on this), and they'd be prohibitively expensive to make here—they were shipped by the good Clevelanders featured at the top of this post. They work at Vocational Guidance Services on East 55th street, 10 minutes from my house. This 125-year-old company employs not only professional businesspeople, but more importantly the previously unemployable—whether mentally impaired, physically impaired, or socially impaired (impoverished, homeless, just got out of prison) so that they can reenter the workforce. They're the people who ship our products. We buy shipping materials from U.S. companies. We pay a lawyer and an accountant here in Cleveland. They are shipped by UPS. None of these people would be paid were it not for our being able to make the goods in China, because Dalton-Ruhlman tools wouldn't exist. The company is tiny and profitable but we haven't taken a dollar for our considerable efforts, choosing to reinvest and try to grow it.

My book Ruhlman's Twenty was printed in China. (Back in stock at Amazon, btw, for anyone who wasn't able to order in the week before Christmas—sold out again, sigh.)

But is the printing in China (most illustrated books are printed outside the U.S.) bad? I was paid by an American publisher, which is profiting from my book, paying the salaries of an American editor and an American designer. The publisher paid an American copy editor to work on the book. All of us are distributing our money in this country. (Interestingly, the book is currently being translated for an Asian audience.)

Donna and I have recently published a cooking app for the iPad called The Book of Schmaltz. It was an innovative and entrepreneurial endeavor that has gotten many glowing responses. It's a stunning product in my opinion. We hired a great designer in Cleveland, Phong Nguyen. We hired a digital consultant, also in Cleveland. We hired Karen Wise, a professional copyeditor in Boston. And guess what? It turns out that the product is so cool and of such quality, a publisher has bought it to do what they do best, manufacture and distribute hardcover books.

So I think ABC and most of America has it wrong. We shouldn't be focused on "Made in America" (though I've begun conspiring with my cousin Rob to begin manufacturing some tools here, at his plant in Arkansas). I certainly don't want my kids to grow up to work in a factory stamping out Dalton-Ruhlman spoons. There's nothing wrong with factory work, but I want my kids to aspire to more. I want them to be creators or innovators or teachers. That is what will make America strong.

America can thrive in this new "Made in the World" world, he says. How? America must empower as many of our workers as possible to participate' in different links of these global supply chains—either imagining products, designing products, marketing products, orchestrating the supply chain for products, manufacturing high-end products and retailing products. If we get our share, we’ll do fine.

And here’s the good news: "We have a huge natural advantage to compete in this kind of world, if we just get our act together."

Look at that, there it is again. Cooperating, working together, in the real world, what cooking food got us to do hundreds of thousands of years ago, holds, in part, the secret of our future success.