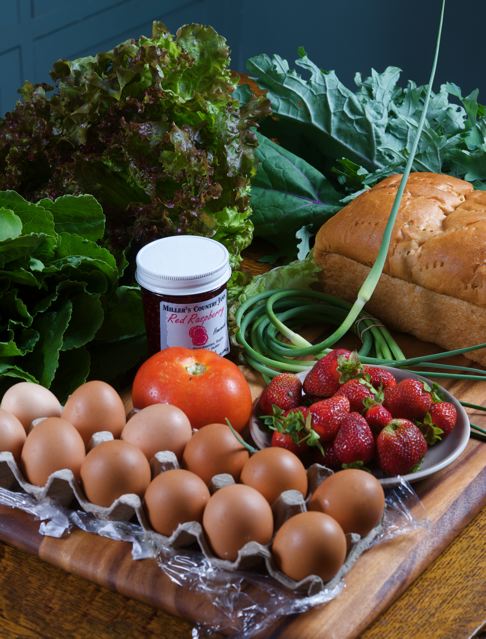 Michael is taking a break from the blog for 10 days. He remains, he says, "very grateful to the readers and especially to the commenters who have offered so much great thought, information, skepticism, and humor." He hopes to be back a week from Wednesday, provided he does not lose his way, and until then is reposting some of the posts other readers have found useful.

Alton Brown’s voice was hoarse from three performances at Cleveland’s Fabulous Food Show Saturday and from shouting in conversation to fans in the noisy I-X center. But the white Burgundy and clams with foie gras at Greenhouse Tavern that night were going a long way toward soothing the chords and the soul.

“I always say, cooking isn’t hard,” he said. “Being organized is what’s hard.” I’d been planning to write on this very subject and was glad the conversation had turned this way over dinner. “Cooking is easy, cooking is relaxing,” he went on. “It’s the not-being-organized that’s so stressful for people.”

If only more people would realize this! And then act on it! This first struck me when my friend Russ Parsons disagreed that it was easy to roast a chicken during the week, partly because he seemed to make going to the store to buy the chicken on the way home from work part of the recipe (imagine the food editor of one of the major dailies telling his readers that roast chicken is too hard for them to manage on a weekday night!). The reason why roasting a chicken on a weeknight was so time consuming for him was not because putting a bird in the oven for an hour was so difficult, it was that he hadn’t bought the chicken ahead of time.

When I go to the grocery store, I rarely buy food for that day, or if I am doing that, I’m also buying tomorrow and the next night’s dinner. So as I write this today, Sunday afternoon for a Monday post, my plan is to go to the store for bolognese and pasta tonight, which I’ll make while I watch Browns lose. But I’ll also get a chicken to roast tomorrow (and baked potatoes and green beans—everything will be roasted in the same oven). It being a Monday, I’ll use the next 45 minutes to finish work, then prep and cook the beans (they need only 20 minutes in the hot oven) and finish off the dinner (total time needed to preheat oven and cook, 90 minutes; total active work time, 35 minutes).

Tuesday is stir-fry night, so I’ll buy the food for that today as well. We’re sure to run out of milk or juice or some staple or another by Tuesday or Wednesday. So that day, I’ll also get dinner for Wednesday and Thursday (soup from Monday’s chicken carcass, and Thursday, some meatless dinner, some sort of legumes, maybe the leftover chickpeas from last week, hearty Brussels sprouts, roasted root vegetables).

So, yes, three visits to the grocery store during the week, but when you plan ahead, cooking healthy good meals for your family is not stressful. In fact, the act of cooking should be relaxing, and the aromas of cooking in your house will actually soothe the people there to smell them.

Monday: Roasted chicken (actually The World’s Most Difficult Roasted Chicken), baked potatoes, and green beans roasted with garlic and cumin. Want a different roast chicken recipe? Try this one from Stay at Stove Dad, a nonfiction editor at the New Yorker, who calls it a great recipe for home cooks who work (take that, Parsons!).

Wednesday: Corn-tortilla soup with avocado, diced tomato, and cilantro, with garlic toast made from an On the Rise baguette.

And seeing that menu, looking at it, and thinking about it, I could even prep Tuesday’s stir-fry after I get the bolognese sauce simmering, cut the meat and veg, pick the snow peas; might as well be doing something relaxing while the Browns go into overtime against the Jets.

That’s another thing cooking does. Takes the edge off the heartbreak.

If you liked this post on Meal Planning, check out these other links: