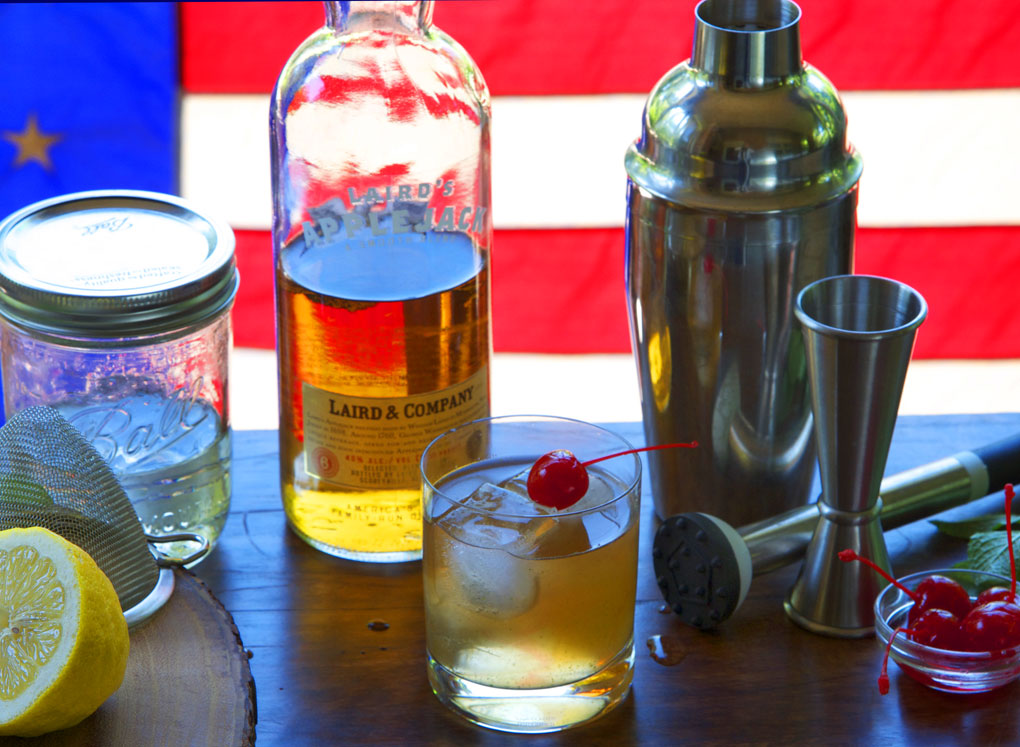 What cocktail to offer on Independence Day, the day some of the greatest political minds signed the document outlining the most secure and fair methods of governance, formally and with uncommon eloquence and foresight, and obliterating all ties with Great Britain?

I suggest a smash, connoting demolition and also one of our country's oldest cocktails, featuring one of our oldest spirits. I do so after consulting Brad Thomas Parsons, whose book Bitters I continue to admire. Responding to my email, he wrote:

"Cocktails were born in America, but for that question, I guess I'm thinking less of an iconic drink like an Old-Fashioned or a Manhattan or a Martini, and instead, as it's the Fourth of July, thinking about a spirit with heritage—something the American colonists might be drinking. Something like applejack or apple brandy. Laird & Company is America's first commercial distillery, founded in Scobeyville, New Jersey, in 1780." He went on to describe an Applejack Sazerac created by a friend and concluded, "That being said, I also think something with Kentucky-made bourbon. A Mint Julep or a Whiskey Smash (bourbon, lemon, sugar, mint) would be pretty all-American, and refreshing to boot."

And that being said, it was only natural for me to turn the bourbon smash into one our forefathers might have enjoyed. (It's fine to substitute any American whiskey if you have no apple brandy; it's also acceptable to substitute French Calvados, as the French were our great allies in our war for independence.)

Happy Fourth of July, with hopes that our current and future leaders will have the intelligence and will to sustain our Founding Fathers' vision.

If you liked this post on the Applejack Smash, check out these other links: