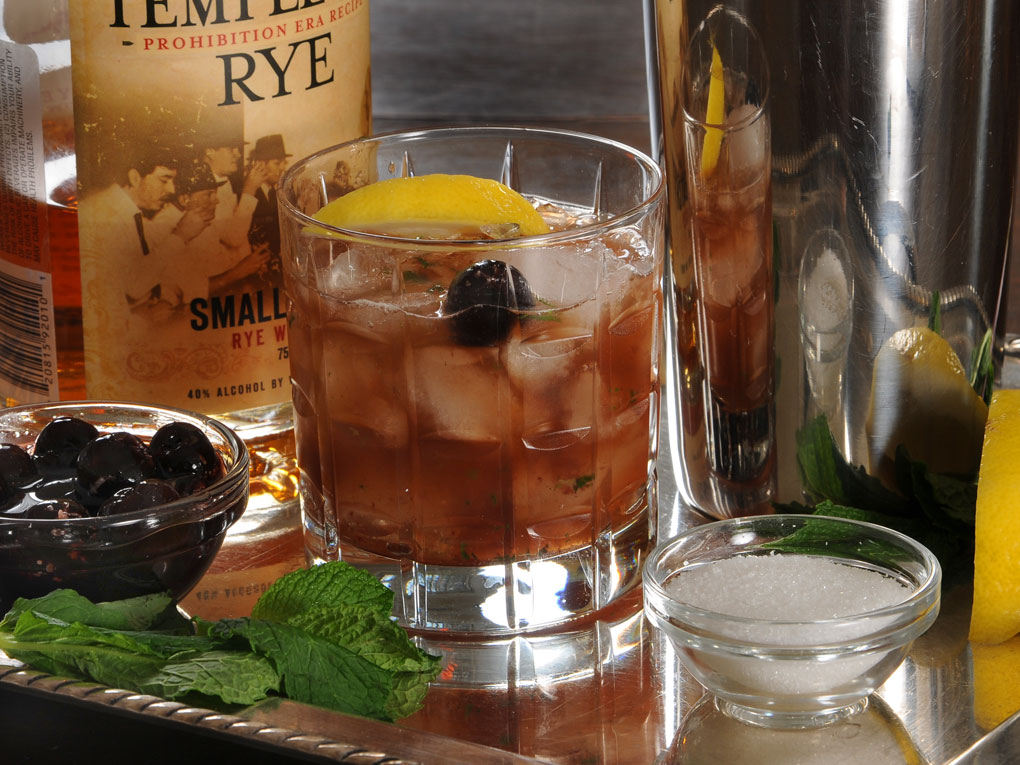 With Derby Day upon us, our annual excuse to start drinking bourbon early on a Saturday, I must of course give a nod to a great cocktail, the mint julep—bourbon, sweetened, flavored and garnished with mint. My pal Blake Bailey, who introduced me to the drink one ill-fated spring day long ago (read about that day in his gripping new memoir The Splendid Things We Planned) would insist on crushed ice and I wouldn’t disagree, especially if you have swell julep glasses.

But my copyeditor, Karen Wise, sent me an article from the Boston Globe on four different cocktails in the Smash family. It’s not a common term, Smash, and there seems to be little definitive consensus. ("A smash is a julep, but a julep isn't always a smash," for instance, from Imbibe's muddled history of the smash.)

After cursory and unsatisfactory poking around, it seems that smashes were drinks containing muddled herbs and sugar; they were popular in the mid-1800s; in Virginia they were considered an acceptable morning cocktail; some sources insist that fruit be muddled as well; some sources refer to them as junior versions of the julep; others as more bracing versions of the julep; some suggest topping with seltzer.

Given their origins more than 150 years ago and their popularity and strength, it would seem likely that this is why we have the term getting “smashed.”

I’ve given my version of the julep before (see ill-fated day, linked above), seriously pulverizing the mint with a pestle adding the bourbon, then straining over ice in a double old-fashioned glass. An even purer version of the julep would be to infuse the bourbon with mint so the alcohol didn’t turn green, then strain over crushed ice. And I would rename my mint julep a bourbon mint smash and garnish with lemon.

And in thinking about smashes (and wanting very much to try the tequila ginger-chilli smash the Globe writes about), I offer here an alternative Derby Day cocktail, the Rye Whiskey Smash, with mint and cherries. And yes, they’re meant to be strong (the race goes by in a flash).

And, given my determination to know terms definitively, I would also like to submit a definition of a contemporary smash: a smash denotes a drink containing a spirit, smashed or muddled herb, and some form of fruit, either smashed with the herb or used as a garnish.

I welcome alternatives, comments, and further education (preferably over ice).