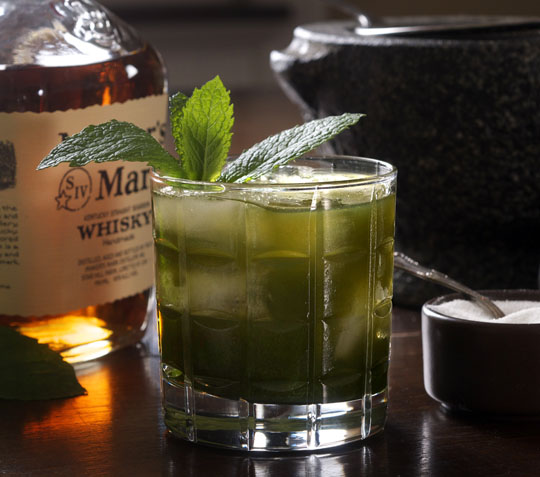 In honor of the noble city of Charleston, SC, which I sadly depart today, I repost a drink I associate with the South. I had a rather tough go with my first julep experience (below), but I've come to regard it as one of my favorite cocktails, especially now as the mint has sprouted and the weather has warmed.

I must must must thank four souls who have made this thirteen-hour shoot not seem like even an eight-hour day, owing to the fact that they have been spending eighteen-hour days prepping out the six demos I'm filming for Le Creuset.

These souls are, of course, the cooks.

Nick Garcia, sous chef at Kiawah Island Club. He's been the ace chef de cuisine. On the other end Tyler Osteen (@jtosteen), jack of all or at least some or at least a couple trades, who appeared with a Stella for me tonight when it was most needed, when he wasn't washing dishes or cutting food. Brad Norton, up to interesting food biz down here that I look forward to writing about in full soon (Revival Foods), and last but not least, the lovely Maya Morrill. You know those positive forces, the kind of soul who finds something to smile and laugh about while juggling seventeen different pizzas in two unfamiliar uncalibrated ovens, pizzas that don't even have to taste good, only look perfect on cue, now! She is a private chef, food stylist, demo specialist (word!), and singer songwriter.

Is it any wonder cooks are more often than not the best souls on earth?

This julep's for you, guys. (For godsake, stay away from writers.) —MR

Mint Juleps, the Good and the Bad

The night ended badly. Blown speakers at my girlfriend's apartment and roof tar all over her nice wood floors—she was pissed, and I staggered out into the early spring sunshine. On the subway home the next morning from 110th and Amsterdam to 39th and 1st—wouldn’t you know it—I heard, “Michael?!” An old high school girlfriend had spotted me, my first kiss actually, and still dear friend. She picked lint out of my unshaved face and, with concern and disappointment, told me I needed to get some rest. 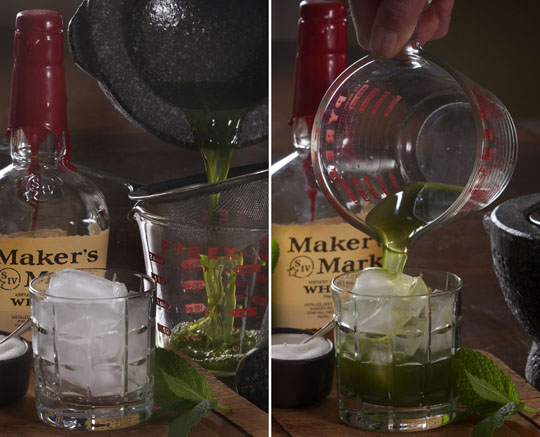