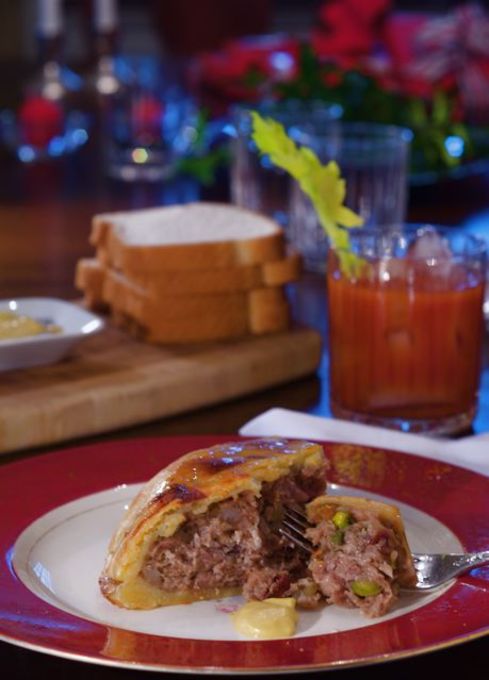 I've published this photo and this link in the past but it bears reposting, especially as today I will begin the annual Christmas morning pork pie and think about my Uncle Bill. From England with Love, published a few years ago in O magazine, is not only an ode to my Uncle Bill and his mother's Christmas morning pork pie, it's also about my beginnings as a writer about food and cooking, a time when I'd never heard the term forcemeat and had no idea what an emulsion was.

The slice above is not the recipe Bill's mom, Elizabeth Morgan, used, but rather a country pâté, with dried cherries and pistachios, enclosed in the pate dough recipe, both from Charcuterie.  I think I will do this year's version in a terrine mold.  My 15-year-old is off being a 15-year-old, but James is around to help me grind the pork and roll out the dough. And I'll tell him anew about the man in Santa Barbara who, through letters, held my shoulders from behind and pointed me in a new direction.