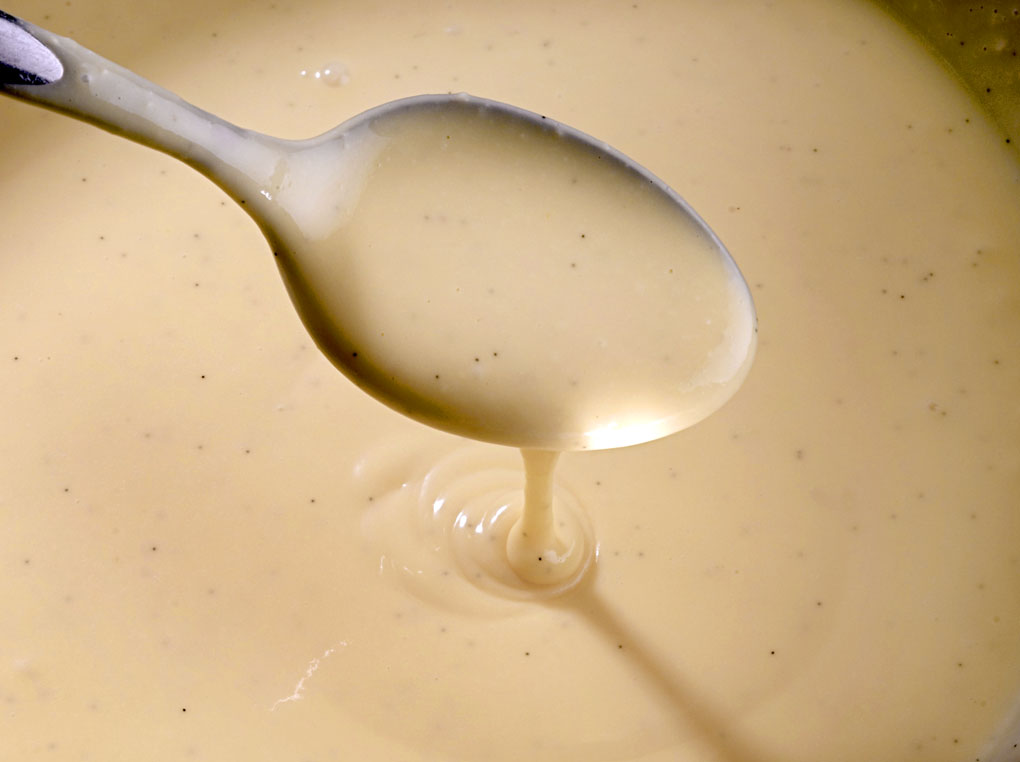 I love a great vanilla sauce, also known as creme anglaise. I like a mixture of cream and milk, but some experts insist on milk only. Regardless, it's the easiest of sauces to make, versatile and delicious. (Recipe at end.)

But this post really cam about becuase of spoons.

The television personality and cookbook author Ted Allen stirred up a shit storm this week by calling me out on my hatred of the round wooden spoon, which he apparently has the hots for. He happened to mention our exchange at a City Harvest event to Eric Ripert, executive chef of Le Bernardin, one of the finest restaurants in the country, with whom I’ve worked closely, who added a little more caca to the pot by tweeting "Crème anglaise? Since the days of Escoffier, stir with a wood spoon, Ruhlman."

He then phoned me to further faire caca into my cell phone until he conceded that it was the wood, not a round wood spoon, then was evasive, said a client had just arrived. But he handed the phone to his British-born, French-trained pastry chef, Laurie Moran, veteran of Per Se and Daniel in NYC and hired to fill the rather large shoes of chef Michael Laiskonis. Chef Moran’s response: everyone should use a rubber spatula when making vanilla sauce. I did not disagree. He added that one needs a flat edge to fully sweep the bottom of the pot to lift the cooking egg yolk.

I asked Moran about a whisk. He said, as deferential as only Brits can be, that while one would certainly whisk the sugar and yolks thoroughly, you would never whisk the pot when all the ingredients were combined as he sensed—sensed meaning a cook's intuition based on a lifetime of cooking—that a whisk would alter the texture of the sauce, something Eric also noted. He did stress the importance of the effectiveness of the spatula at sweeping clean the bottom of the pot as the custard sauce cooked (at which point I steek out my tongue at the venerable Monsieur Allen). 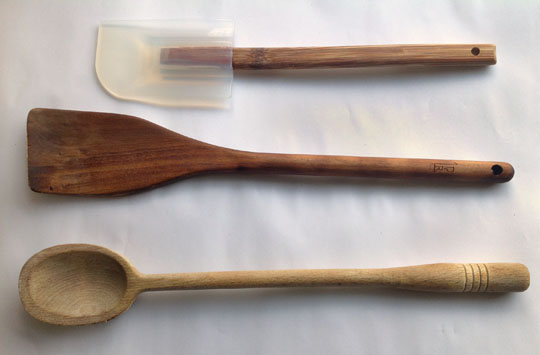 When cooking and stirring the mixture with the egg yolks, make sure to scrape the bottom of the pan with the spatula.
Keyword Anglaise, Cream, Creamy, Creme, Dessert, Sauce, Topping, vanilla
« Make Your Own Mayo
Ruhlman Classic: Chocolate Chip Cookie Bowl »