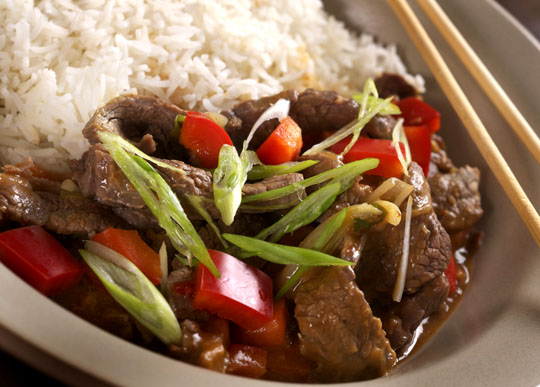 It made so much sense the second I read it. One of those "of course!" moments. It was, not atypically, while reading Michael Pollan in his NYTimes magazine story a few years ago about how no one cooks anymore (really?). Certainly in the 1980s and 1990s most of the country relied on reheating already-cooked food for their meals. And perhaps as a result, at least in part, we became a grossly obese country where seemingly the only people who dieted were the people who were already thin, and the rest made increasingly bizarre, unsustainable stabs at it. A physically sick country, a confused country—don't get me started.

The "of course" moment. It didn't come from Pollan, but rather from a researcher he interviewed, Harry Balzer, who works for the market research behemoth NPD, and studies all kinds of eating trends.

Pollan writes: "So I asked him how, in an ideal world, Americans might begin to undo the damage that the modern diet of industrially prepared food has done to our health?"

“Easy [Balzer said]. You want Americans to eat less? I have the diet for you. It’s short, and it’s simple. Here’s my diet plan: Cook it yourself. That’s it. Eat anything you want—just as long as you’re willing to cook it yourself.”

Since I read that chillingly simple idea, I've adopted it as a mantra. Pollan took the idea and ran book-length with it in Cooked, published this spring. Combine food you cook yourself (or a meal that was cooked by your partner, parent, progeny, or pal) with common sense and you're on the way to a good life.

In his article, Pollan mentions the work of Richard Wrangham and his superb book Catching Fire: How Cooking Made Us Human, published a half year earlier. This is another major argument in the case for the fundamental importance of food to our humanity (something that once would have seemed so obvious as to not need arguing). One of his claims is that because cooking took work, a lot of work, but came with advantages too self-evident to ignore, we had to cooperate in order to take advantage of the miraculous benefits cooked food gave to animals. I hyperventilate about Wrangham's main premises here.

Several weeks ago, eating leftovers for lunch at my desk while watching a TED talk, which is my preferred lunchtime diversion, I chanced on Mark Pagel's soliloquy on "the most powerful, dangerous, and subversive trait that natural selection has ever devised," a bit of interior technology we all possess that's capable of, he said, "rewiring other people's minds." Language. Our ability to plant an idea in another's mind, and vice versa. Without it, cooperation is all but impossible. He contrasts a pre-verbal negotiation with a verbal one. Much more efficient when two parties speak the same language. (He notes that we tend not to have sex with people if we can't speak with them—that's been my experience too. Language required.)

Pagel's talk made me wonder: Did cooking food, which necessitated cooperation, have anything to do with the development of language and with it the rapid growth of our species across the globe?

I wrote to Wrangham to ask if he knew of any studies correlating the development of language with cooked food. He didn't. He speculated that there may be important links but no one he knew of had written about it. He noted that we were "speaking" of spoken language, not signed, aural language and our unique capacity to create extraordinarily nuanced sounds. And this means anything from a ... skeptically ... uttered phrase in everyday conversation, to the artistry of Leontyne Price or Cyndi Lauper.

He explained: "Another area that would seem worth exploring ... is the relationship between the velum and the larynx, which everyone seems to agree is fundamental to the production of a rich set of sounds. I am tempted to think that an important consequence of cooked food could be the reduced amounts of food that need to be swallowed, with consequences for reduced size of the oesophagus and the potential for a more elaborate vocal anatomy."

Our vocal structures may have been able to develop because we didn't have to send half our body weight through our throat every day in the form of chewed-up plants. He reiterated that this was idle speculation. I think it's worth exploring. There is rarely a single explanation to a complex circumstance, but rather an infinitely nuanced self-spinning weave that reveals how we got where we are. Was it cooked food alone that enabled the language that necessitated cooperation? Idle speculation would lead us to believe that the answer is no. One helped the other over many, many generations, and many intermingling of tribes.

Pagel ended with the idea that we might be headed toward one world, with one language, thereby freeing up the delay of the spread of ideas and cooperation.

One thing I have learned is that there is one language everyone already understands, is eager to share, and is eager to accept, and it's not surprising. A good, shared meal. The best language I know.