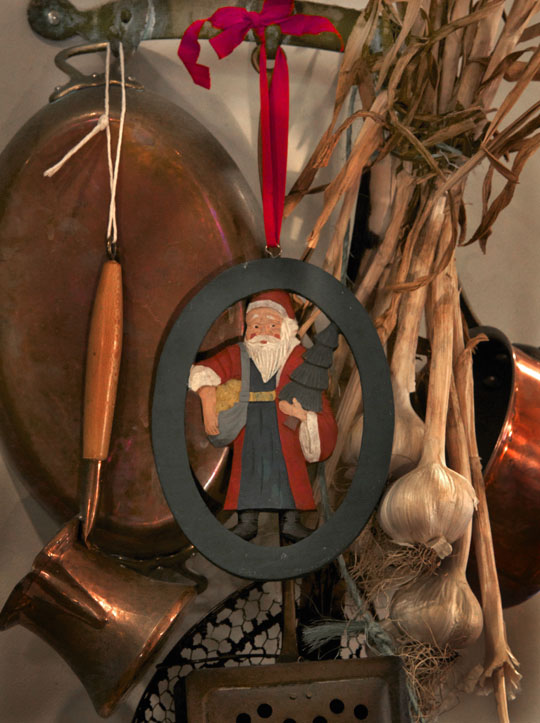 It's arguable that cooking made us human. Cooked food gave us a huge amount of calories, which made us healthy and we spread our genes and our brains grew and grew. But most important, cooking our own food forced us to work together, to cooperate. Because we learned to cooperate, we grew in groups, and these groups spread across the world and thrived, while others species (Neanderthals, for example) did not.

This is important enough to reiterate: in order to make use of the extraordinary benefits that cooked food gave us, the stuff that made us human, we had to work together. Food taught us how to cooperate.

But cooperate is a boring word, a weak word with oblique connotations of subservience, compromise, giving in—everything contrary to the rebellious spirit that made this country. So I propose the word concert. I propose that we act in concert. When we ACT TOGETHER, we move forward. When we behave inhumanly, when we act against each other (in war, in our House of Representatives) we stand still, stagnate, and die.

When we cooperate, good things happen. Bank Square Books in Connecticut is saved because neighbors hurry to haul heavy boxes of books to higher levels of the store as Hurricane Sandy flooded its lower levels (“People would come to our door and ask, ‘What can we do to help?'” the bookstore owner said.). Ancient rock stars band together, have a concert, to raise money ($50 million!) for the ravaged New York–New Jersey area, and schools across the country send gifts and messages of hope and solidarity to the devastated parents and citizens of Newtown, Connecticut. (Here's the United Way link to help; visit the Angels of Sandy Hook Facebook page.)

We are a cooking animal, and because of this we are a moral animal.

Christmastime is a time for all people to come together, to act in concert, to care for one another, to care for strangers as they care for their own.

May the message of this season be loud and clear for all to hear, Christians, Jews, Muslims, Hindus, Buddhists, Atheists: Every day, come together.

Thank you, dear readers, and best wishes for a bountiful holiday for you and your family and friends and a fruitful new year.

Peace on earth and good will to all.