Making a pie is an accomplishment. And a perfect way to spend an hour of a quarantined day. Certainly a slice of pie is a fine dessert, but I think it makes an even better breakfast.

So when Ann arrived from a Whole Foods run (still a fraught errand) with five fat stalks of rhubarb and a quart of strawberries, there was little question that a pie was in our future. Step-by-step pix below.

Rhubarb is an astonishing vegetable and the pie it makes so wondrous, I remember the very first one I ate. I was home from college and running a house-painting business, and was in the kitchen of one of the painters. It was the only time I was ever in John’s kitchen but it was a game changer—he told me to try the rhubarb pie. I couldn’t believe 1) how good it was and 2) that I’d never had rhubarb before. A revelation.

It’s hard to describe the flavor—I guess you might say it’s like a very tart apple. It’s fairly neutral in flavor, so the pie is dependent on the right amount of seasonings, here cinnamon and cloves. And plenty of sugar because rhubarb’s fundamental attribute is tartness.

Strawberries, thanks to Driscoll’s worldwide network of berry farms, are available year-round, but not rhubarb. Get it while it’s here. Makes great sauces too, for sweet and savory dishes (roast pork with a rhubarb sauce for instance). Herewith a classic rhubarb pie, with a lattice crust. 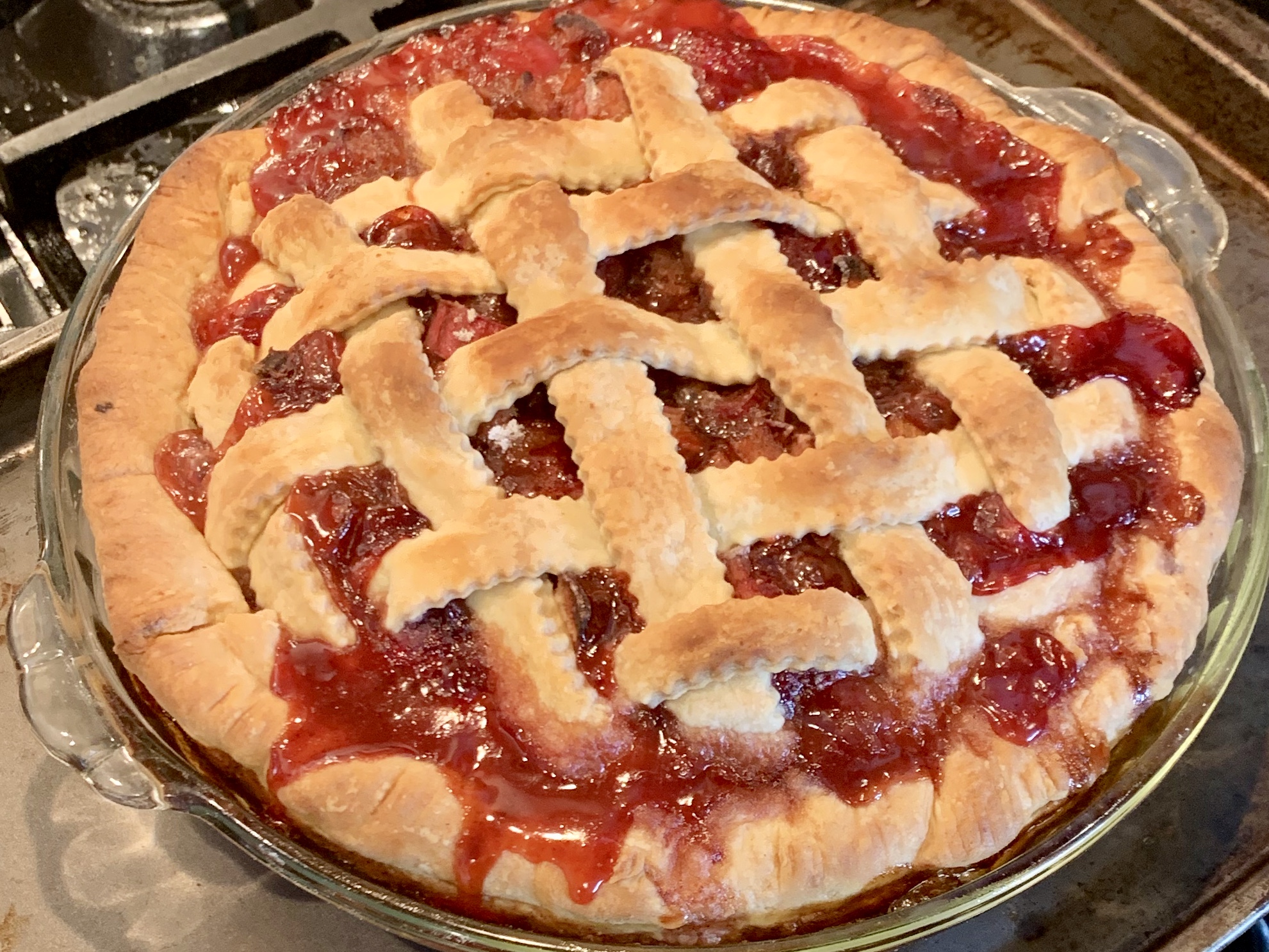 This makes more than enough dough. I always err on too much since I don’t like being caught short. But if you’re economizing and skillful with the rolling pin, you can reduce the flour butter and water to 12, 8, and 4 ounces.
Keyword Pie, rhubarb, Rhubarb Pie